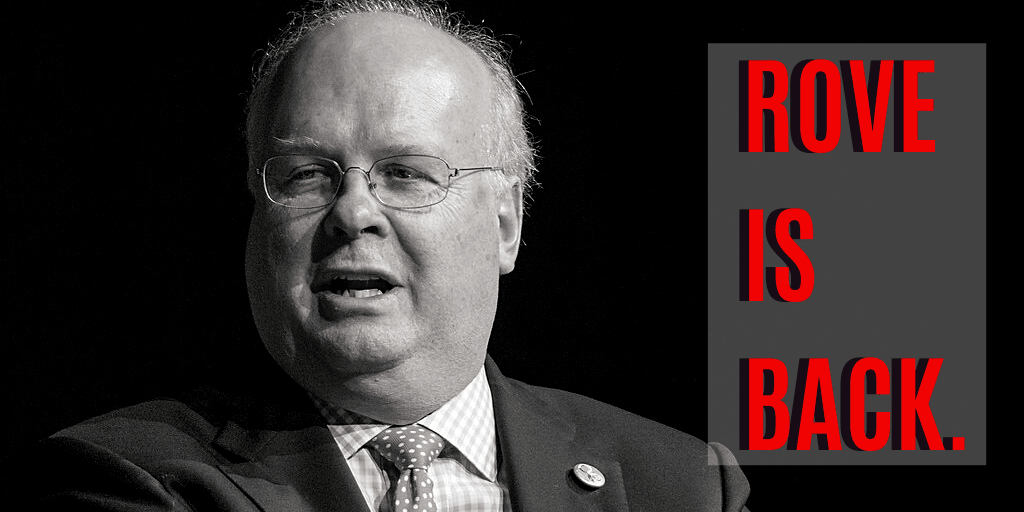 Memo: Rove is back.

And Stone is in the wings. Will they be Trump's secret weapons?

Donald Trump’s reelection campaign is faltering. His approval rating isn’t budging, COVID-19 is surging, and the economy is still in ruins.

Enter Karl Rove. The famed GOP strategist is back and in the ear of the President helping his reelection effort.  And along with Rove’s track record, Trump is sure to rely on his old friend and dirty trickster Roger Stone, whose prison sentence he commuted Friday night.

Though Rove's role might be informal and unpaid, his voice has outsized influence. Recently, Rove sounded the alarm for the Trump campaign: “The president is behind.” But he asked the question that Trump is most concerned about: “What does the president need to do in order to regain the advantage?’”

The Future Majority team has a guess about what Rove is advising Trump to do to answer that very question. As Rove cautioned, “No president gets reelected by simply saying, ‘I’ve done a good job.’”