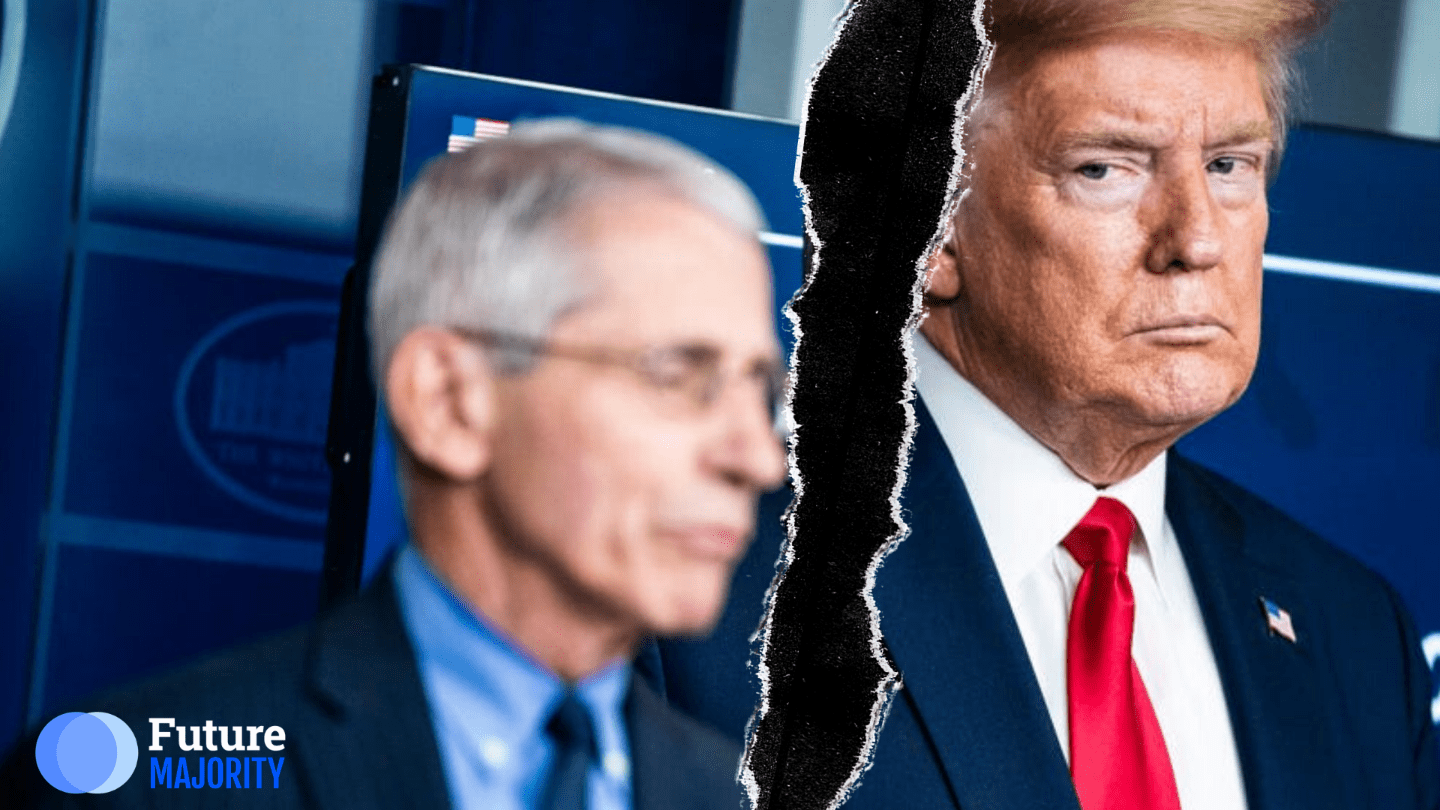 Why is Trump Undercutting Dr. Fauci?

Share this article on social media and tell Trump to stop silencing experts!

As COVID-19 cases continue to rise in the U.S., The Trump Administration has decided now is the time to silence and discredit the country's leading infectious diseases expert -- Dr. Anthony Fauci.

While Dr. Fauci hasn't been allowed to brief Trump since the first week of June, he continues to get his message out to the public in interviews.

In response to Fauci's attempts to educate the public, Trump's advisers are now discrediting Fauci's years of expertise. A White House official released a statement saying that "several White House officials are concerned about the number of times Dr. Fauci has been wrong on things" and referred to misleading comments from the beginning of the pandemic. The administration then turned around and rejected any idea that "opposition research" was provided to news outlets.

While Trump continues to spread false realities about the deadly virus, he's decided to sideline one of the only trusted government officials in his administration.

According to a NYT/Sienna College poll, 67% of voters stated they trusted Fauci for information on COVID-19, while on 26% trusted Trump.

Now is not the time to undercut one of the most trusted officials to help lead the U.S. out of this crisis. Share this article and tell Donald Trump to protect Americans - not his own ego!