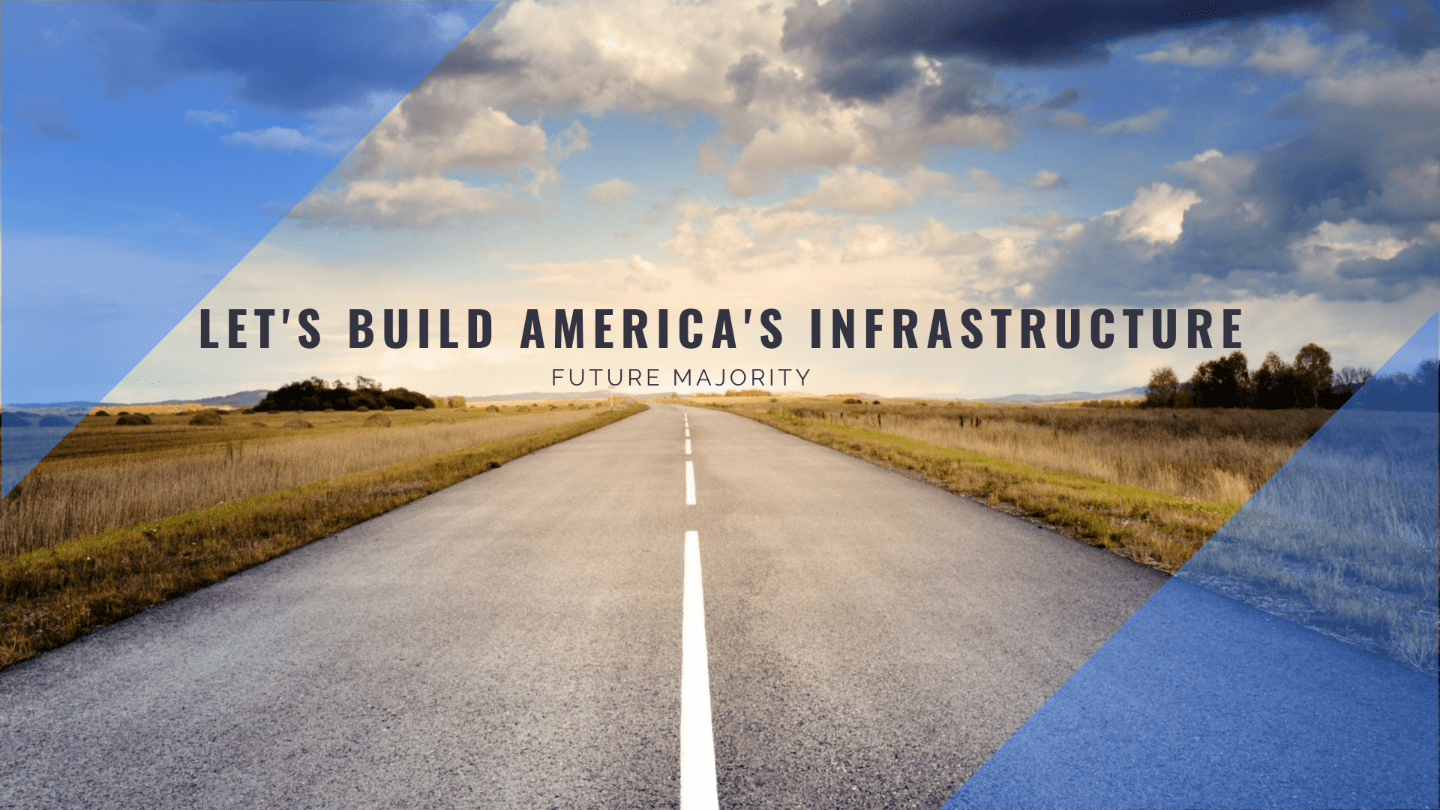 It's always infrastructure week in the Trump administration...

And today during a purported White House event to discuss infrastructure, Trump didn't have much to say (besides shout out fellow Republicans) because his administration had done little to rebuild it.

We've heard this story before. It's time Trump focused on his job and met his promises with action.

While the U.S. was once the shining example for the world on infrastructure, that is far from the case today. In the past several decades, we’ve left a $4.5 trillion hole in our nation’s infrastructure. Crumbling roads, a vulnerable energy grid, congested airports, and aging bridges paint a picture of how far we’ve slid, and how monumental an investment we need to make to improve America’s physical foundation.

That's why Future Majority is committed to an agenda to Build America's Infrastructure. It's a bold plan that will put Americans to work and make our economy work for everyone. You can read more about our plan here.

Here's how we get started:

It's time we turn promises into action to build a better and more free future for all Americans. Let's build America's infrastructure.