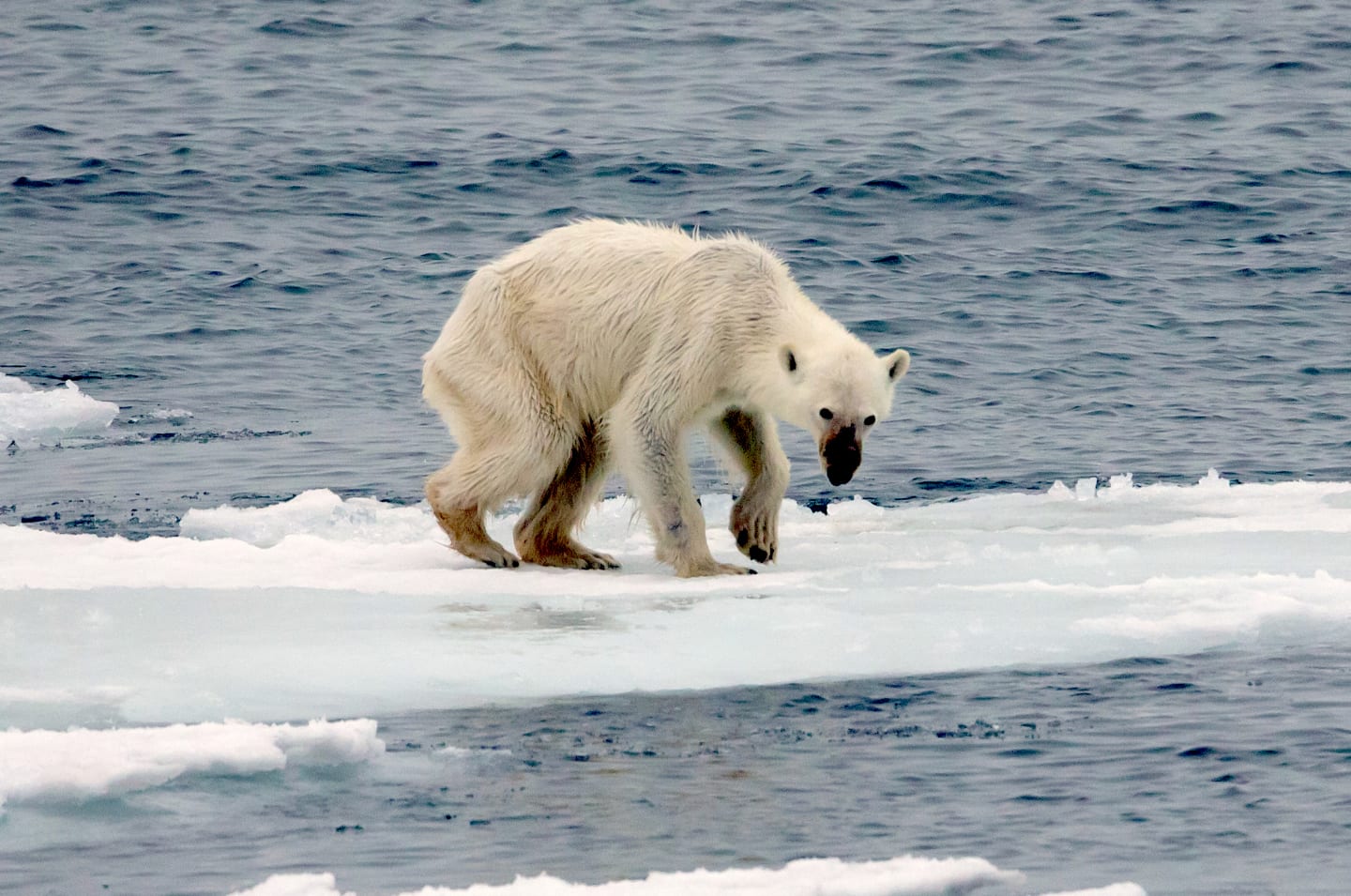 ICYMI: Polars Bears Are Near Extinction Due To Climate Change

If we do not reduced the amount of greenhouse gas emissions, polar bears will likely die out by the end of the century, according to a new study by Nature Climate Change.

Rising temperatures have put the natural habit of polars at risk, as sea ice and hunting opportunities disappear.

The study found that declining sea ice has already pushed some polar bear populations to their survival limit. If greenhouse gas emissions stay on their current track, only polar bears living in the Queen Elizabeth Islands in Canada’s Arctic Archipelago will remain by the end of the century. But even if emissions are curbed, sea ice will continue to melt in the coming years as a result of the current levels of carbon in the atmosphere, leading to a decline of polar bears, particularly in southern Arctic region

The study analyzed 13 of the world's 19 polar bear populations. The study found that experts can estimate the number of days the bears can fast before their ability to reproduce is impacted.

Polar bears are the largest terrestrial carnivore on the planet that have faced extinction before in 1965.

We need to work together to prevent the disastrous effects of climate change.