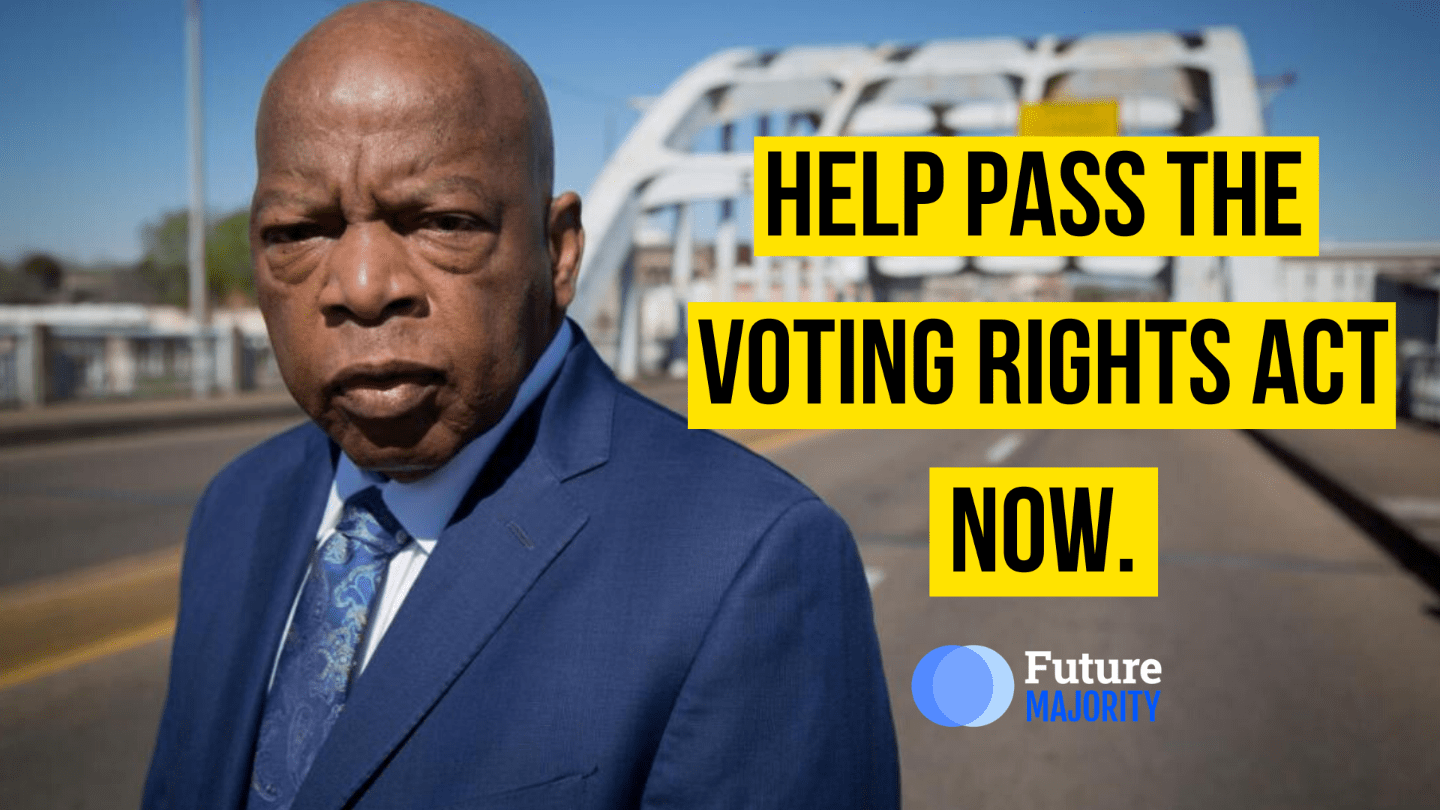 Contact your lawmakers now and tell them to reauthorize the bill!

Over the weekend, Congressman John Robert Lewis, an iconic civil rights advocate, passed after a six-month battle with cancer. We must honor his legacy.

Lewis served as the U.S. Representative for Georgia 5th Congressional District for more than 30 years. Lewis was a towering figure in the civil rights movement, putting his life on the line as he suffered a brutal beating by police during the 1965 march in Selma, Alabama for voting rights. Once elected to Congress, he focused on fighting against poverty, improving education and healthcare, and fighting for a more free and fair America.

Republicans took to the floor to honor Lewis's legacy, but words are not enough. We must restore the very voting rights protections that John Lewis fought for.

We need to reauthorize the Voting Rights Act now.

The Voting Rights Act has been gutted by the Supreme Court. It required federal approval before local jurisdictions could implement changed to voting procedures and protected the right to vote. We must restore it in full-force.