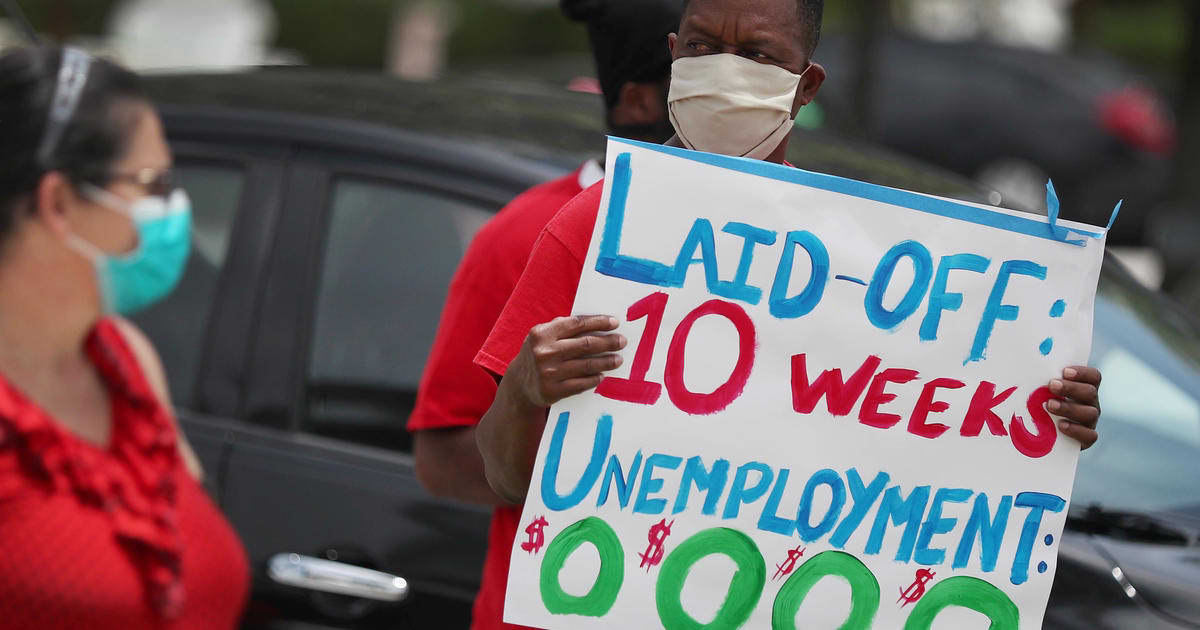 CNN: American unemployment claims are on the rise again for the first time in 4 months

How sad does this make you?

CNN: American unemployment claims are on the rise again for the first time in 4 months

The weekly first-time claims peaked at 6.9 million in the last week of March and fell continuously until last week, when the trend reversed. Economists had predicted claims would remain steady this week at 1.3 million, the same amount as in last week's report.

A resurgence in infections and a rollback of reopening plans in several states is making it difficult for people to re-enter the labor force following the pandemic lockdown -- and it could derail the vulnerable US economic recovery. 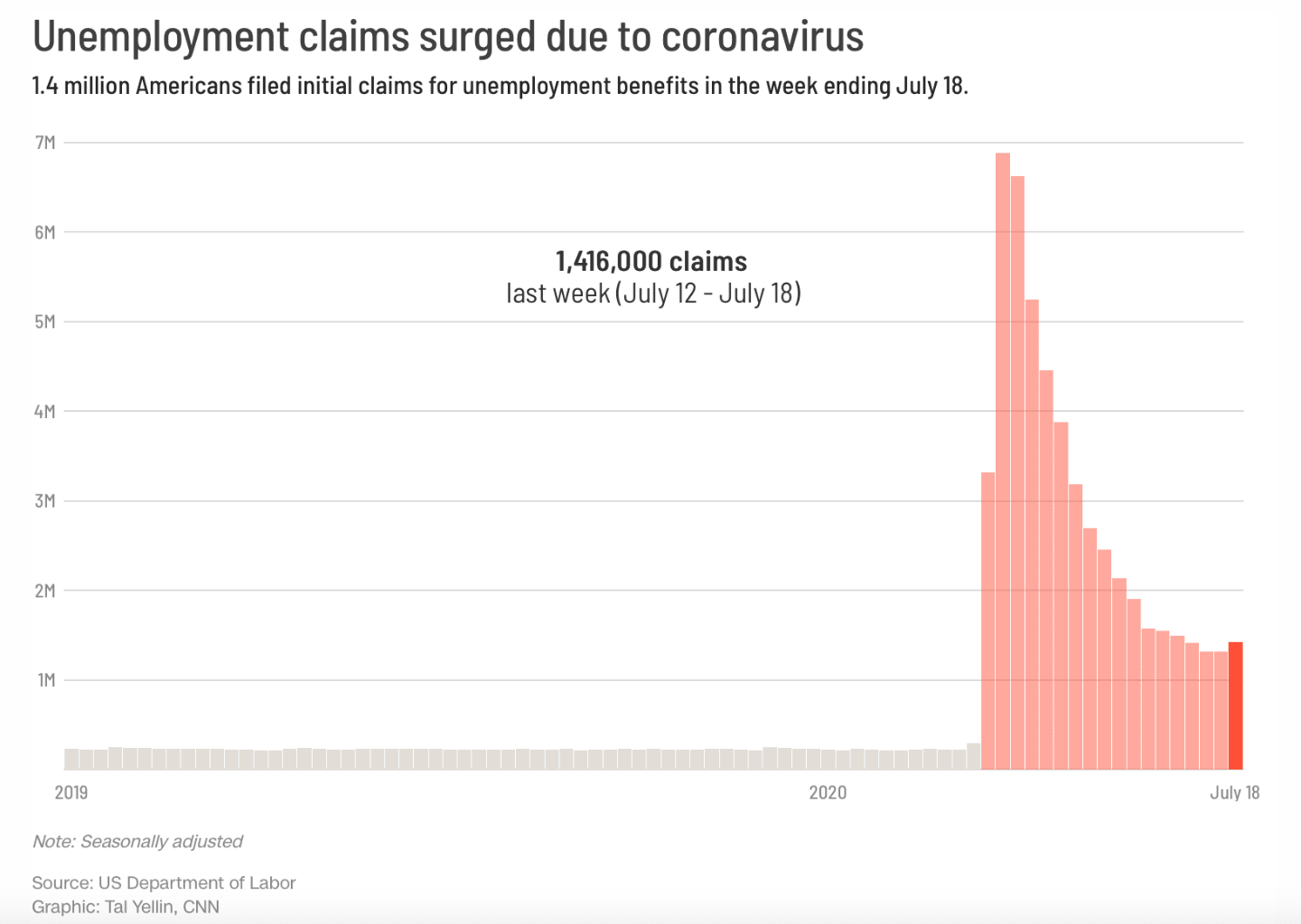 With 16.1 million Americans receiving unemployment benefits, concern rises at the fact that the $600 weekly bonus that has been a lifeline for Americans will be cut after July 31st:

Jobless Americans say the bigger checks are helping them to pay their rent, buy medication and put food on the table for themselves and their families. State benefits on their own typically replace only 40% of wages. Plus, they argue, there are few jobs to be had as the nation contends with another surge in coronavirus cases.