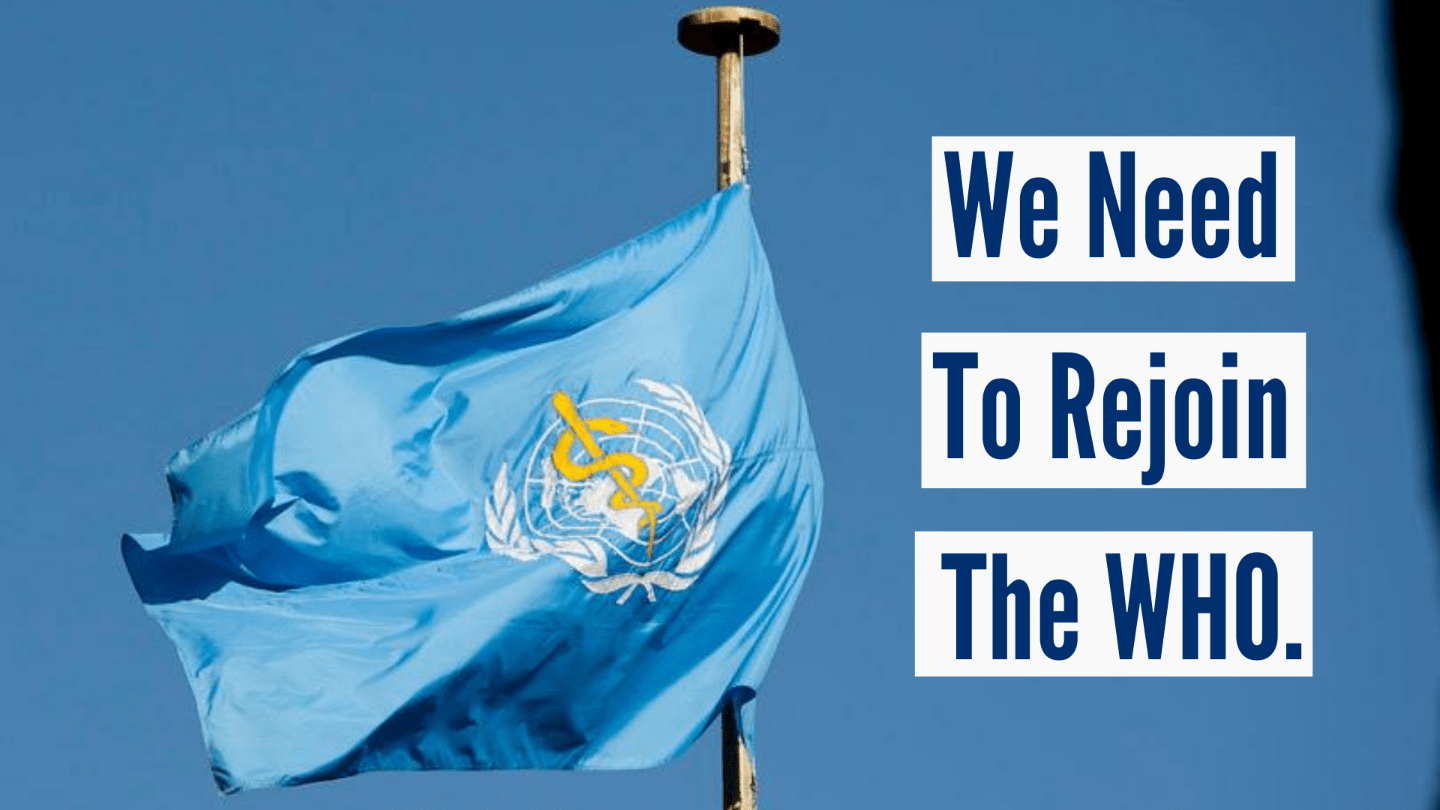 PETITION: The U.S. Needs To Rejoin The World Health Organization

At the beginning of July, The Trump administration sent a letter officially notifying the United Nations that the U.S. would be withdrawing from the World Health Organization (WHO).

The U.S. has been a part of the WHO since 1948 and has decided now, during a pandemic, to formally leave.

The WHO is a pillar in the health of the global community and the U.S. withdrawal with likely costs thousands of lives, both among Americans and abroad due to funding cuts.

For the safety of the global community, we need to be a member of the WHO -- now, more than ever.