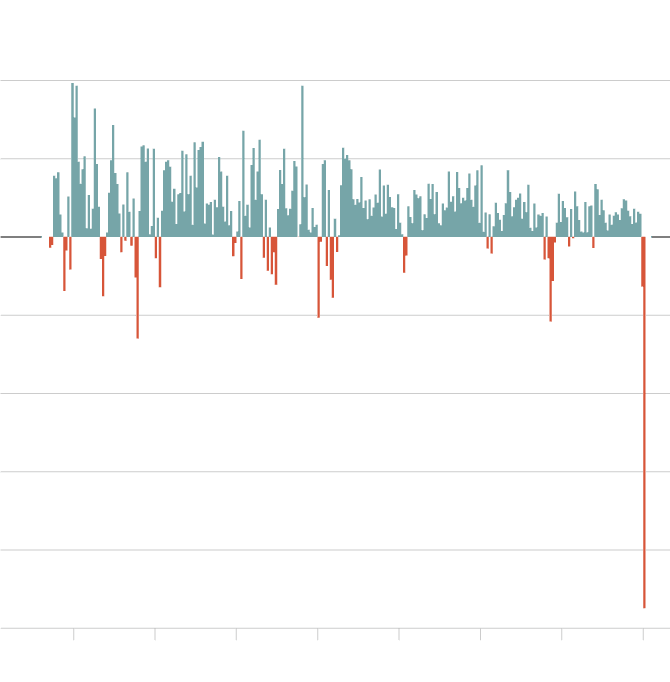 While the COVID-19 crisis continues to devastate our nation, GDP dropped by a historic rate of 32.9%:

Gross domestic product from April to June plunged 32.9% on an annualized basis, according to the Commerce Department’s first reading on the data released Thursday. Economists surveyed by Dow Jones had been looking for a drop of 34.7%.

Still, it was the worst drop ever, with the closest previously coming in mid-1921.

The worst drop since 1921 is due to the sharp decrease in spending -- especially personal consumption:

Sharp contractions in personal consumption, exports, inventories, investment and spending by state and local governments converged to bring down GDP, which is the combined tally of all goods and services produced during the period.

Personal consumption, which historically has accounted for about two-thirds of all activity in the U.S., subtracted 25% from the Q2 total, with services accounting for nearly all that drop.

As millions of Americans apply for unemployment benefits, the crisis is only going to get worst:

Also Thursday, the government reported that the number of Americans who filed new claims for unemployment benefits last week totaled 1.434 million. Although it was roughly in line with expectations, it was the 19th straight week in which initial claims totaled at least 1 million and the second consecutive week in which initial claims rose after declining for 15 straight weeks.

This is an economic disaster and Americans need relief.