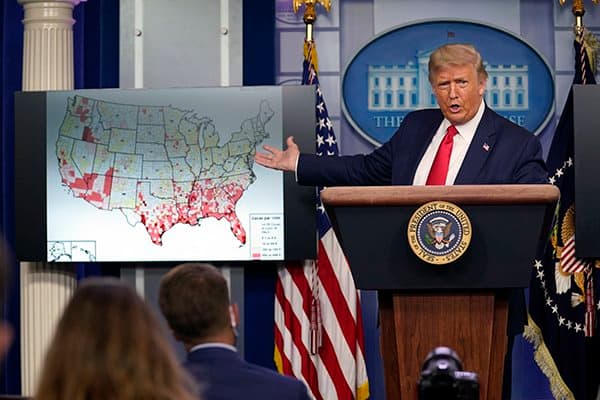 In the heat of a sharp GDP drop, millions applying for unemployment, a pandemic responsible for the deaths of hundreds of thousands of Americans, and more -- President Trump floated the idea of postponing the November Election:

Election officials and experts have came out to say that the move is unconstitutional and that any delay would cause Trump's term to expire with no successor:

"That's constitutionally impossible," Trevor Potter, president of the Campaign Legal Center and a former chairman of the Federal Election Commission, said of any indefinite delay. "The president’s term expires and there is no way for him to continue in office beyond January 20 without being re-elected."

As a background, look at how impossible it would be to delay the election: