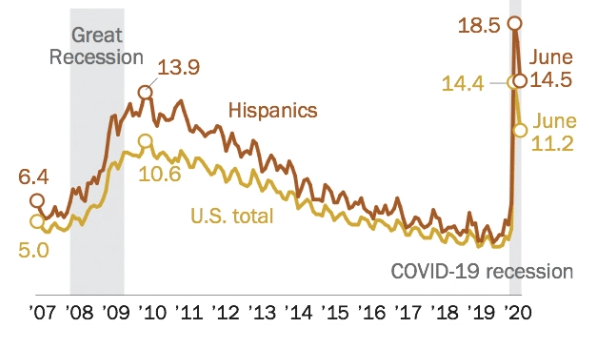 COVID-19 Has Taken A Disproportionate Toll On Latino Community

Many Latinos have stated that they had a hard time making ends meet. Among the Latino community, 70% say the worst of the problems caused by the pandemic are yet to come. This is significantly higher compared to the entire U.S. adult population, which came in at 40%.

Read more about the study here.