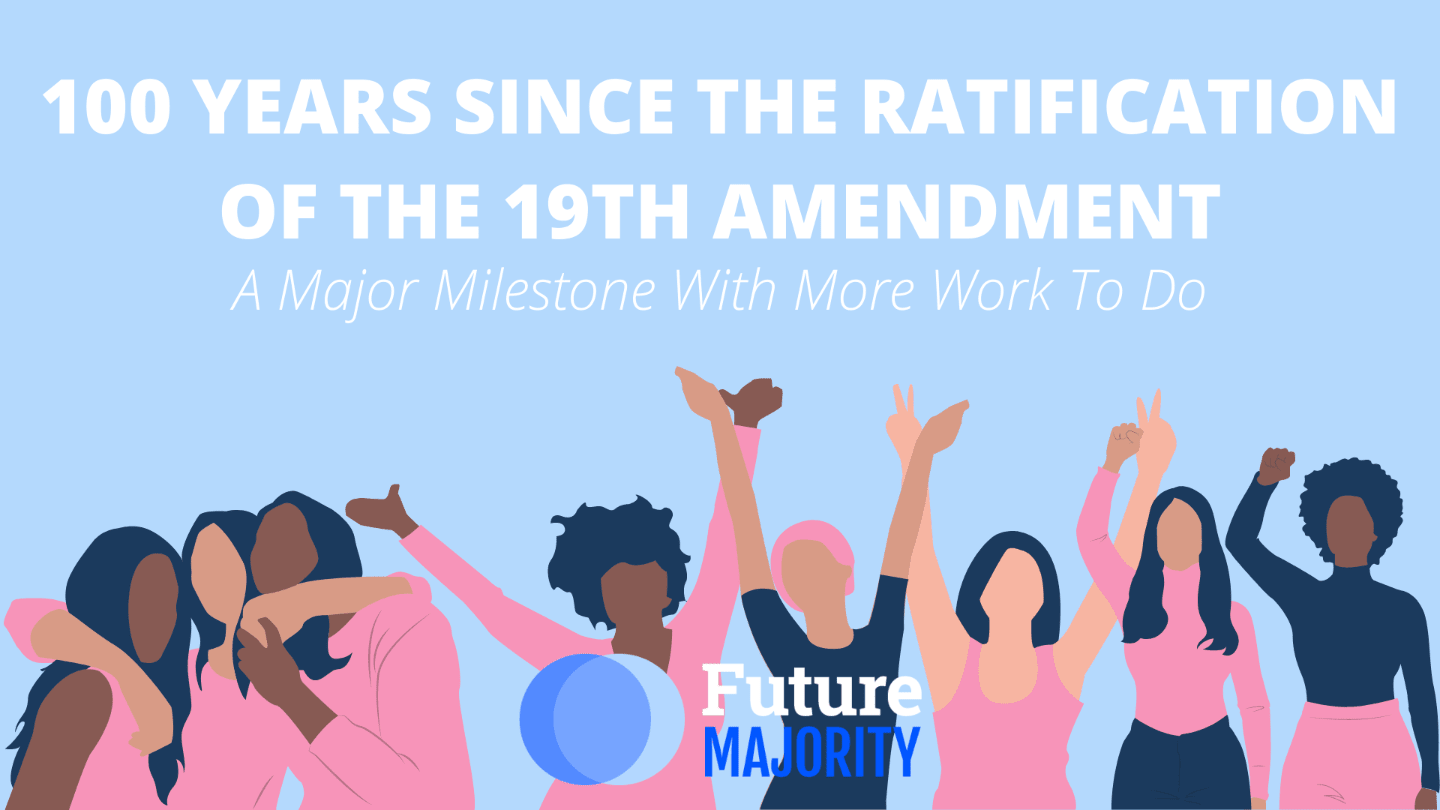 100 Years Since the 19th Amendment

A major milestone with more work to do. Share this with your network!

Today, women across the nation celebrate the 100th anniversary of the ratification of the 19th Amendment. Women fought for the right to vote with "heroism, persistence, mass protests, formidable allies, and powerful solidarities," but it wasn't perfect and it was not always equitable. In the shadows of this fight was oppression -- "virulent racism, classism and xenophobia" that has carried with us to this day.

In Seneca Falls, black and brown women's voices were not heard, even though their perspectives on women's rights were critical. This is why it is crucial to commemorate the 19th Amendment, and acknowledge that there is still much more work to be done in the march toward equality and inclusion:

Some white women even fought for a version of woman suffrage that excluded African American, Asian American, and Native American women. Universal suffrage for adults was neither the intention nor the end goal for these White suffragists.

Some leaders of the movement, including Elizabeth Cady Stanton and Susan B. Anthony strongly opposed the 15th Amendment, which affirmed the right to vote regardless of race. Women of color were instrumental in ensuring the right to vote was extended to women of all backgrounds 100 years ago.

The ratification of the 19th Amendment was a pivotal moment in America's history but there is still work to be done.