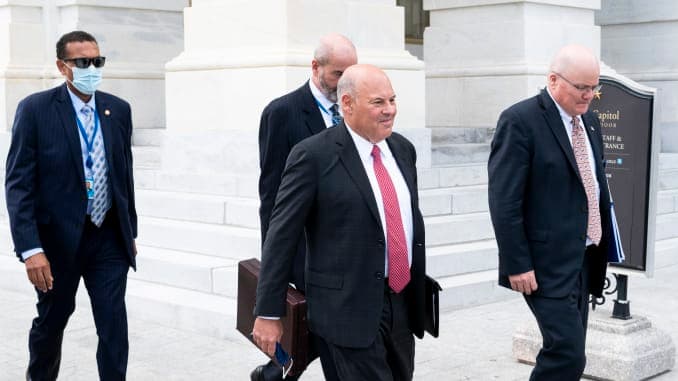 CNN: US Postal Service is using an outside PR firm to fight election fears as Trump fumes over upcoming hearings

CNN: US Postal Service is using an outside PR firm to fight election fears as Trump fumes over upcoming hearings

After backlash from Americans, Postmaster Louis Dejoy has stopped his efforts to "improve" the post office and hired a PR firm to do the work:

Guided by a public relations firm, DeJoy and the US Postal Service are now scrambling to clean up after weeks of criticism and allegations that the Trump administration was using the agency to meddle in November's election. DeJoy's efforts at two congressional hearings and other public appearances will be critical.

The goal of the firm's and DeJoy's work to repair trust in the USPS will be to encourage and lessen fears about mail-in-voting and promote the idea that mail-in-voting is safe to do:

Perhaps the most public-facing postmaster general since Benjamin Franklin, DeJoy, is also considering capitalizing on his newfound spotlight by doing local television interviews to assuage voters over fears their mail-in ballots will not be safe the US Postal Service, a source told CNN.