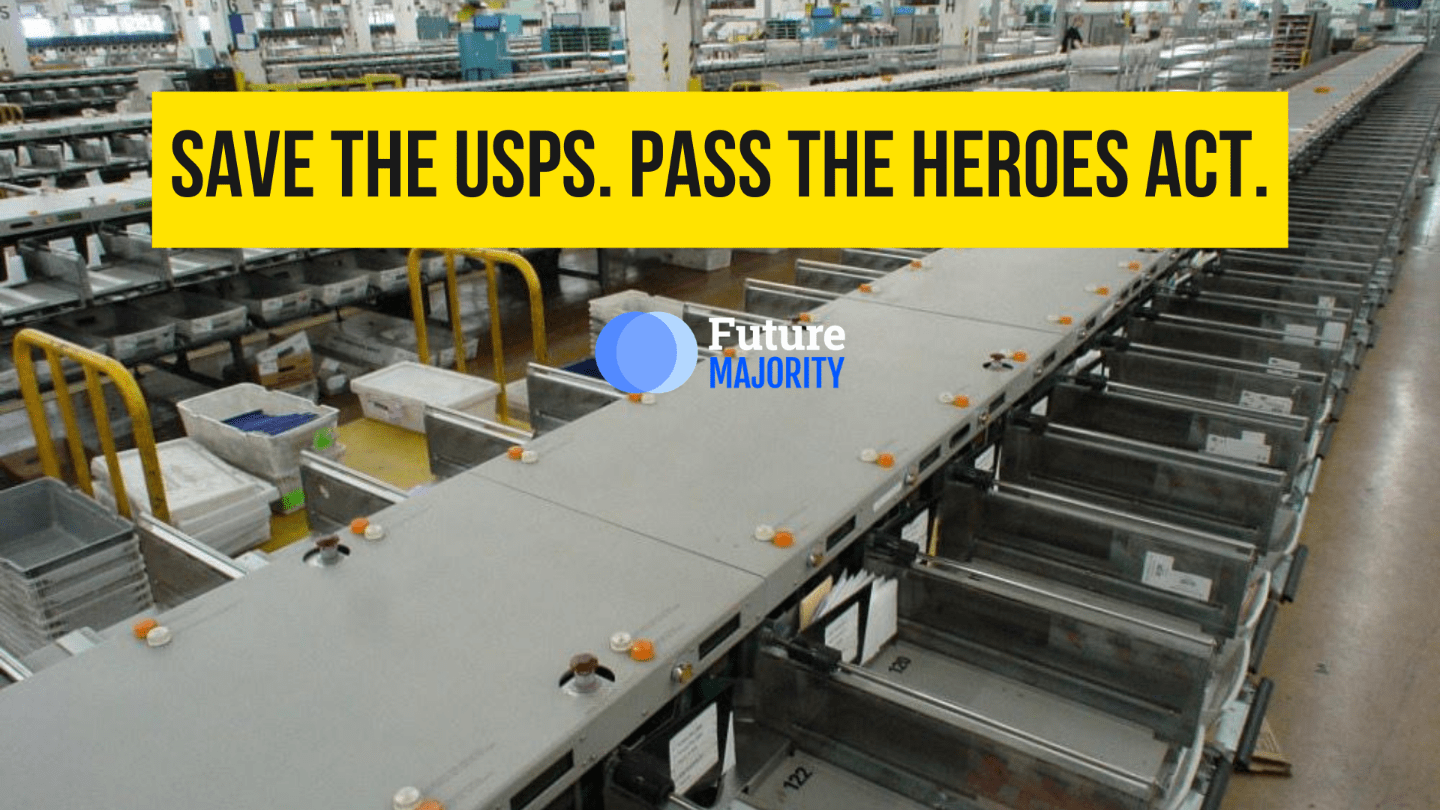 Stopping changes to the USPS isn't enough — we must reverse changes that have hurt this critical service.

Contact your Senators and tell them to pass the HEROES Act.

Postmaster General Louis DeJoy halted his undermining of the USPS, but the damage had already been done. Americans have long been reporting mail delays of everything from medication to unemployment benefits, collection boxes were removed or in some cases locked, and the reputation of vote-by-mail as a safe and healthy alternative to voting in-person during a pandemic has been brought into question. Headline after headline across the country shows that Americans are paying attention (image below courtesy of Politico Playbook. Accessed 08/15/20). 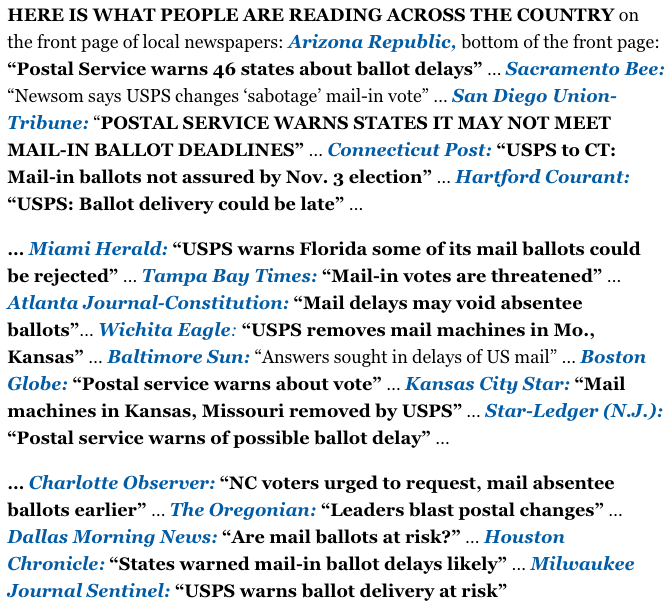 Postmaster DeJoy's actions should not just be halted. The operational changes and cuts to the Post Office should be immediately reversed and Congress must fully fund this most critical public service.

Under the HEROES Act, passed by the House of Representatives over three months ago, $25 billion would be allocated to funding the USPS -- while also providing economic relief to millions of hurting Americans.

Contact your Senators and tell them to pass the HEROES Act now. We must save the USPS.