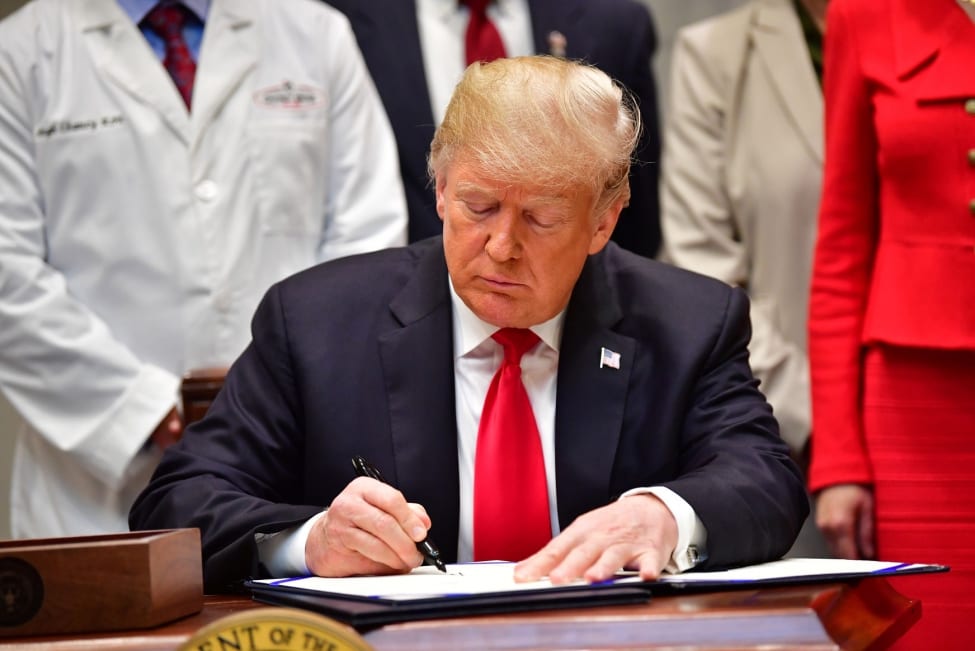 Three of the four executive orders were released publicly – one pertaining to prescription drug importation, one pertaining to Medicare Part D drug rebates, and one pertaining to the cost of insulin and injectable epinephrine in federally qualified health centers. The fourth executive order, referred to by the President as the “most favored nation” proposal, that uses international reference prices to lower drug costs in the U.S., was not released with the others. Instead, the President announced he would give pharmaceutical companies 30 days to come up with an alternative approach before that order would take effect.

But here we are, 30 days later, and this "most favored nation" proposal still has not been released.

While the content of this executive order has not been released to the public, a portion of the text that was captured by a photographer during the President’s signing ceremony indicates that it may be similar to a proposal announced by the Administration in October of 2018 in an advance notice of proposed rulemaking (ANPRM). Under the 2018 proposal, Medicare would test a model that uses lower drug prices from several foreign countries to set payments for drugs that are covered under Medicare Part B, with the aim of paying 126% of what other countries pay, down from 180% currently.

Therefore, if the new executive order is similar to the 2018 proposal and applies to only Medicare Part B drug, it would apply to only 7% of total national spending on prescription drugs.

However, it would have no direct impact on the lion’s share of drug spending under Medicare for prescriptions filled by the 45 million beneficiaries covered under Medicare Part D, nor would it lower drug costs for the 157 million people with employer coverage or for millions more with other insurance coverage or no coverage whatsoever.

Why are we waiting on an order that will have no impact? We need to pass the Lower Drug Costs Now Act, which will actually help struggling Americans with high costs.