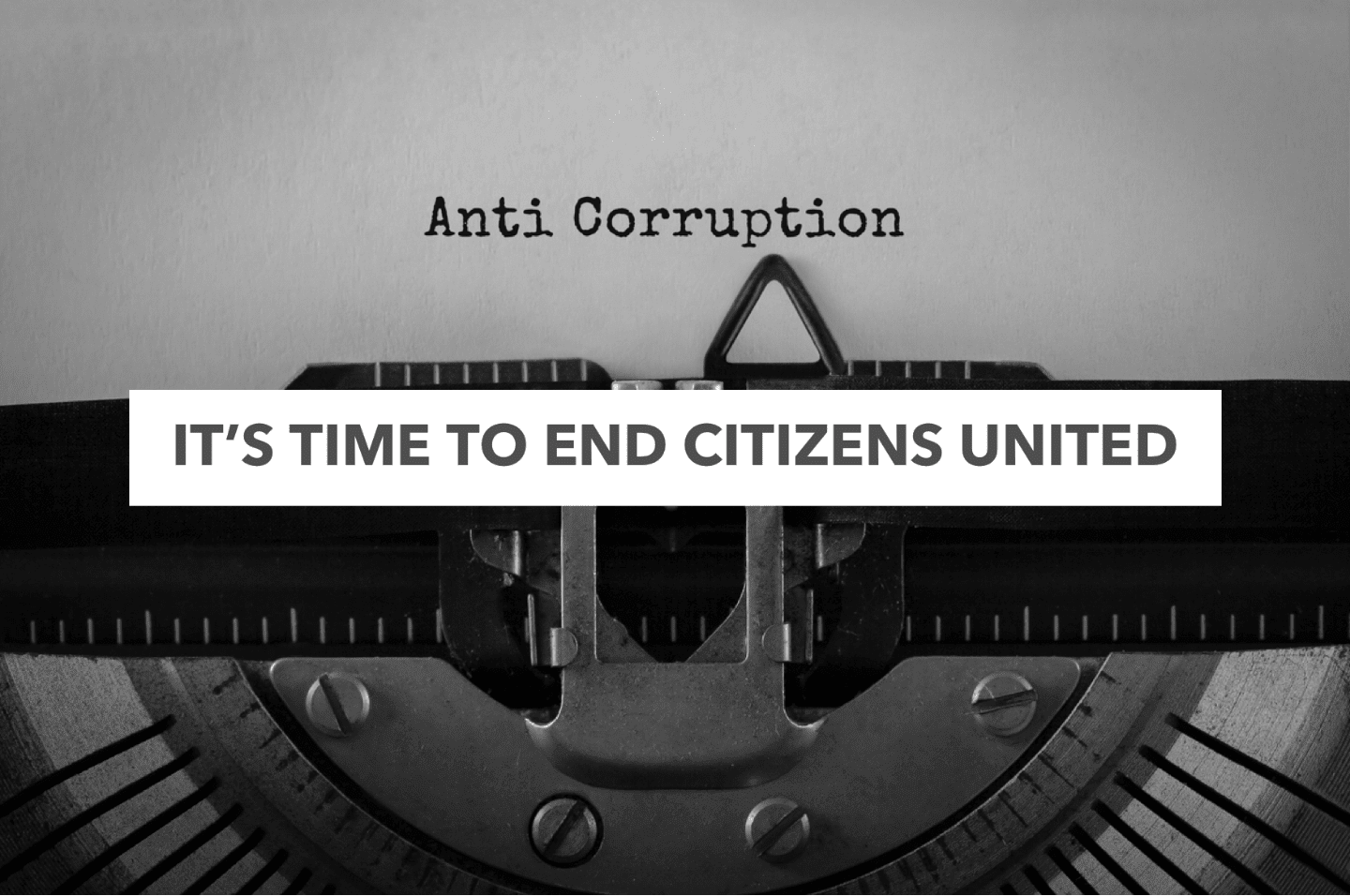 We Agree – It's Time to End Citizens United

Vote to see how others feel about this issue

Polling shows that public trust in government is at an all-time low, with much of the blame going to politicians and special interest money. Passing a sweeping reform package will help restore trust. Read more below and take action above to let us know if you agree.

This press release was originally published by End Citizens United.

A coalition of 107 Democratic House challengers today sent a letter to Congress addressed to the House of Representatives calling for a government and election reform bill to be the first item on the agenda for the 116th Congress. The candidates are running in races that range from ruby red to bright blue districts. The letter is signed by 76 percent of candidates running in the most competitive races in the country as determined by The Cook Political Report.

You can read the full text of the letter here.

Restoring faith in our elections and in the integrity of our elected officials should be a top priority that all members of Congress can agree upon. Without these reforms we will be unable to truly regain the public’s trust or tackle the challenges of our day, like the costs of health care and prescription drugs, the opioid epidemic, or building an economy that is strong for working families.

For those reasons, these reforms must be sweeping, and they must be bold. They must be the very first item Congress addresses. We must not yield on this demand, the American public is counting on us.

Key elements of the bill would include: reforming the role of money in politics to ensure more transparency and accountability in elections, eliminating foreign money from our political system, limiting the undue influence of mega donors and special interests, and incentivizing small dollar donors; as well as lobbying reform, ethics reform, redistricting reform, and voting rights reform.

“This is a new class of candidates like we’ve never seen – many of whom have never run for office before – and they are sending a message to Congress that once they’re elected, they are going to take on the rigged system,” said Tiffany Muller, president of End Citizens United. “Over the past eighteen months, these candidates have been running on reform, and this letter is the latest culmination of that movement. End Citizens United is proud to have endorsed every candidate who signed this letter, and we look forward to working with them to help pass meaningful reforms that clears the way for Congress to do the people’s business.”

In the 2018 cycle, a wave of reformers have been running on a platform to unrig the system, with many rejecting corporate PAC money, highlighting reform in their paid communications and releasing bold reform agendas. Their message has been amplified as high-profile scandals, indictments, guilty pleas, and convictions continue to pile up in the Republican party, adding to an environment where faith in government is already at a historic low. A bipartisan poll conducted by the George W. Bush Institute, the University of Pennsylvania’s Biden Center and Freedom House shows that money in politics is one of the top reasons people believe the government does not represent them.

End Citizens United, a grassroots group dedicated to ending the rigged system in Washington, is working to help elect candidates who will fight to get Big Money out of politics. The group, and its 4 million members, are also pressuring Congress to act on reform.