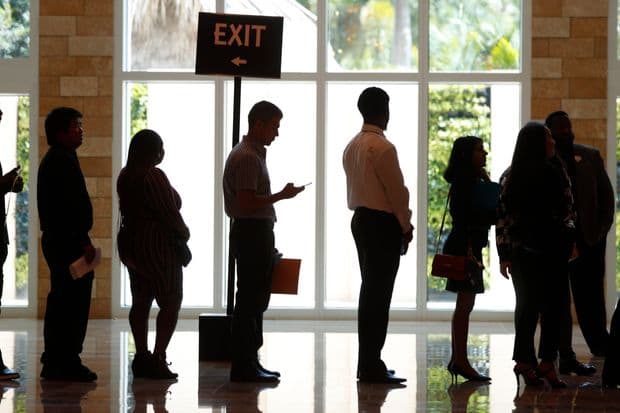 Race & The Economy: White Workers Are Getting Hired Back Twice As Fast As Black Workers

Share this article with your network on social media.

Huffington Post Reports: White Workers Are Getting Hired Back Twice As Fast As Black Workers

While the unemployment rate has dropped from 14.7% at the beginning of April to 8.4%, there's still cause for concern. When taking a closer look, once can see that the Black unemployment rate is still in the double digits at 13% while it's 7.3% for white workers.

Going back decades, African American workers have always faced unemployment rates that were about twice as high as those of white workers. The 2:1 ratio has held basically steady since 1972 when the Labor Department first started collecting data on the African American unemployment rate, as Gbenga Ajilore, a senior economist at the Center for American Progress, explained in a paper published just before the coronavirus pandemic.

At the beginning of the pandemic, this racial divide shrank, as workers all across the country were suddenly out of work.

Plus, because Black workers disproportionately held a lot of jobs that were considered “essential” — think grocery workers or other front-line workers — they held on to that work.

Now, most jobs added back into the economy aren't new but are simply companies rehiring workers that they were forced to lay off.

To be clear, this unemployment gap between Black and white workers is a result of structural racism, not anything inherently different between races. Research, and the experience of people, shows that employers are biased in who they hire, who they promote, and who they fire. The unemployment gap holds across almost every education level. Even Black veterans have a higher unemployment rate than white veterans.

While hiring activity may be based in structural inequalities, that doesn't mean action can't be taken by employers or our government.