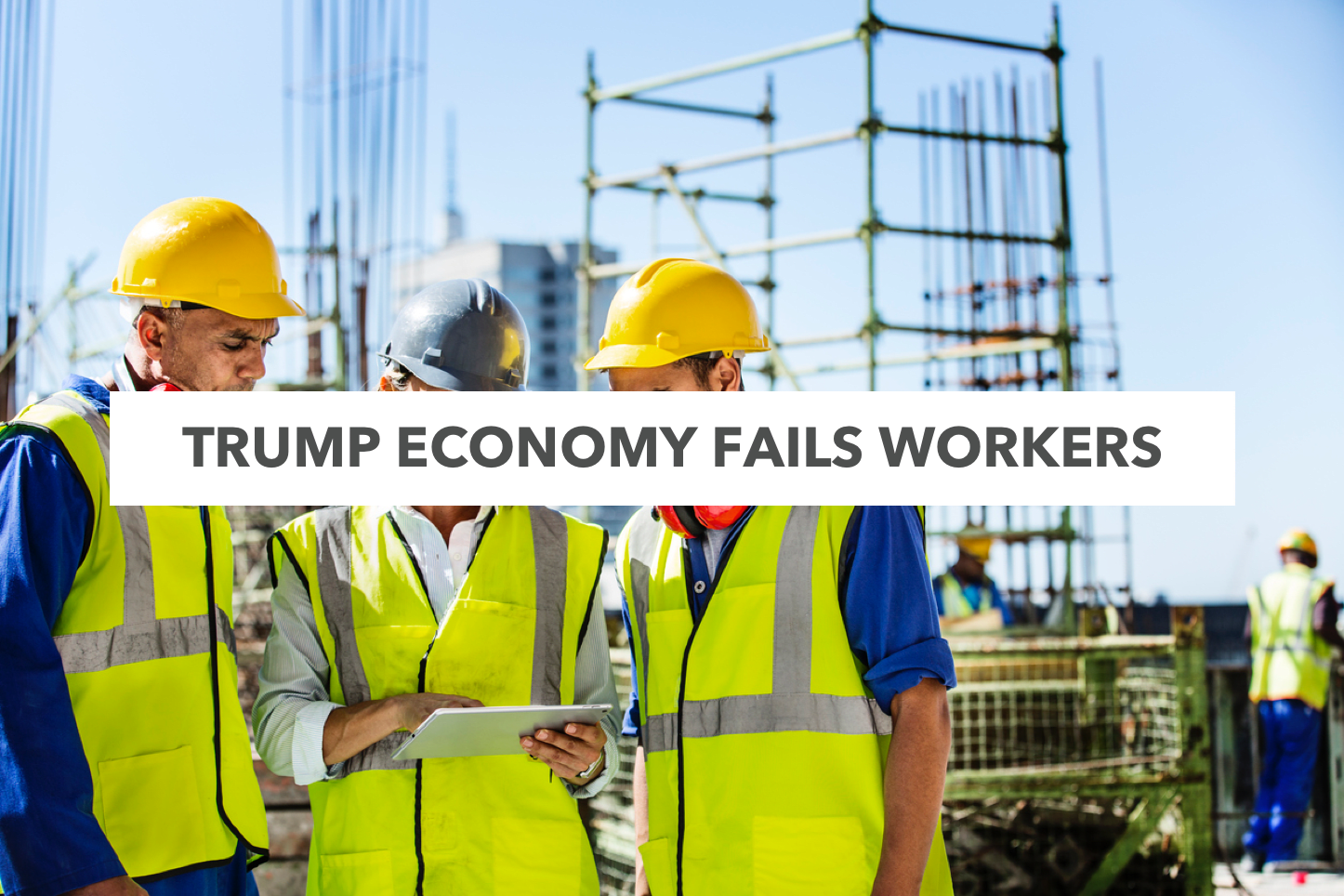 Did You Know That Working Americans Are Worse Off Under Trump? Contact Your Lawmakers to Influence Policy Change

It's crucial to cut through misinformation in an effort to get the facts. And unfortunately, working Americans are worse off under the Trump Administration than before. Read the article below to learn more, and then take action above to contact your lawmakers about this issue.

This article was originally published in The Washington Post.

Despite robust economic numbers during the Trump presidency, the American public has seemed curiously unmoved by such good news as the lowest U.S. unemployment level in nearly half a century. Its enthusiasm might have been dampened by this under-appreciated economic reality: The typical working American's earnings, when properly measured, have declined during the Trump administration.

As any White House would, the president's economic team touts positive earnings data from the Bureau of Labor Statistics that suggest rising wages and salaries. But the figures are misleading. They focus not on how much an average working person earns but on the "average earnings" of all employed people. In times of rising inequality, employees at the top pull up "average" earnings. Shift to the bureau's earnings data for an average or "median" working person, and most of those claimed gains disappear. Another catch: The data used by the White House doesn't account for inflation. Adjust the median earnings data for inflation, and the illusion of progress evaporates.

Let's examine how much these technical sleights of hand distort what's happening to people's earnings. Using the White House's preferred data, average earnings rose from $894.06 in January 2017 to $937.02 in August 2018. That suggests impressive gains of $42.96 weekly over the 20-month period and $30.02 weekly over the past year. But what about median earnings rather than average earnings — that is, earnings of those in the middle of the distribution?

The Bureau of Labor Statistics has a different database for that view, and its quarter-by-quarter numbers show a very different picture. Median weekly earnings of all workers rose from $865 in the first quarter of 2017 to $876 in the quarter ending June 30, 2018. The typical working American's earnings increased $11 weekly over 18 months, barely more than one-quarter of the economic progress touted by the White House.

Even that modest gain is not very meaningful. The significance of what people earn lies in what they can do with their earnings, and inflation eats away at what any of us can purchase or save. As a result, serious earnings analysis is always framed in inflation-adjusted, or "real," terms. From January 2017 to June 2018, inflation totaled 3.77 percent, while the $11 increase in unadjusted weekly earnings over those 18 months represented gains of 1.27 percent.

To determine how much the real earnings of a typical working American fell during that period, simply adjust the $876 in median weekly earnings in the quarter ending June 30, 2018, for the 3.32 percent inflation that occurred in the 18 months from the first quarter of 2017 to that date. The result: $876 in June 2018 had the same value as $848.20 in January 2017. In real terms, the weekly earnings of a typical working American fell $16.80, or 1.9 percent, during Donald Trump's first 18 months as president.

In Ronald Reagan's succinct terms, average working Americans are worse off under the Trump presidency than they were under Obama's. Yes, low unemployment is something to applaud, but there might be a good reason that so many who have jobs aren't clapping.

This article was published by Robert J. Shapiro, in the Washington Post, on September 30 at 7:35 PM. Robert J. Shapiro is the chairman of the advisory firm Sonecon and a senior fellow at Georgetown University’s McDonough School of Business. He was President Bill Clinton’s undersecretary of commerce for economic affairs.