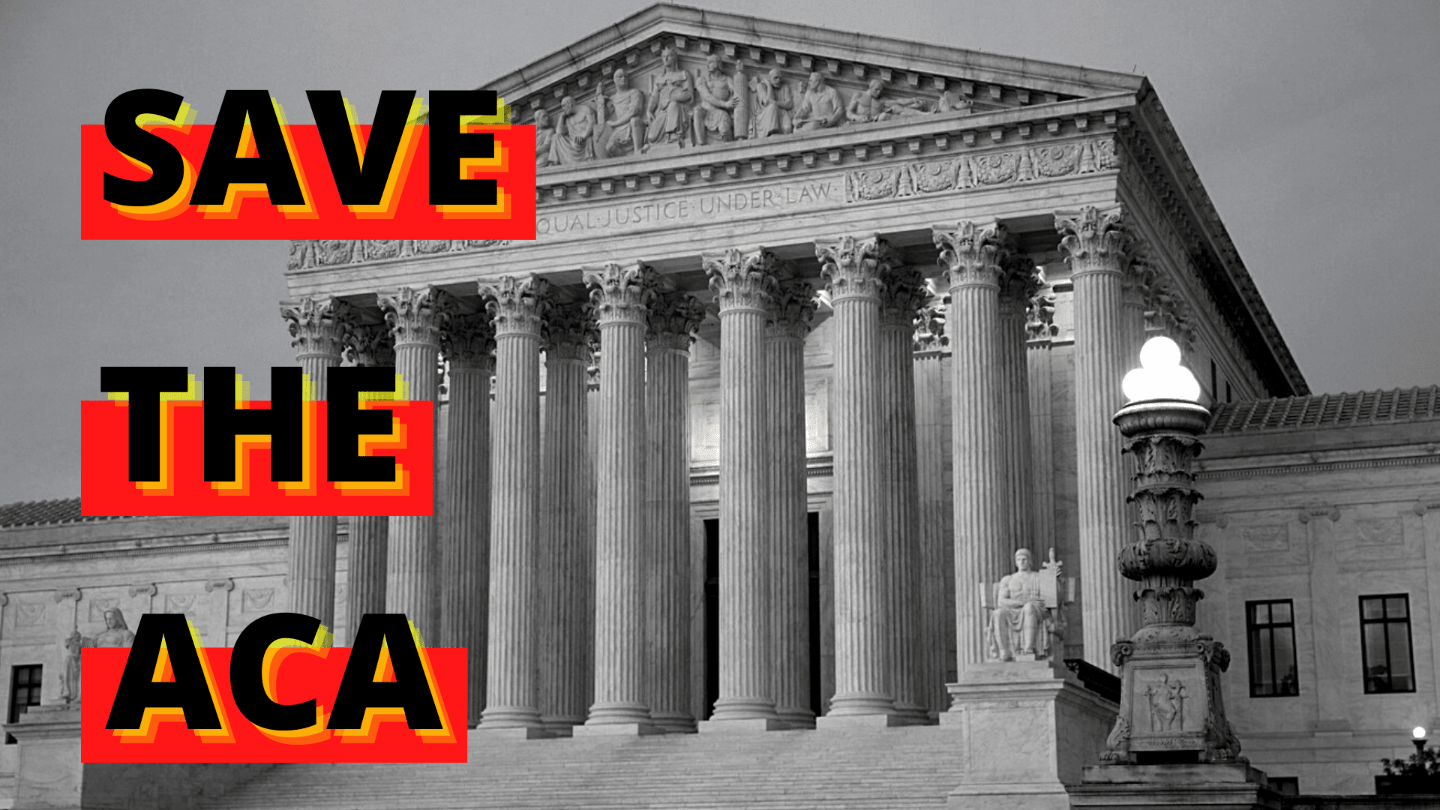 Sign the petition now to help protect the ACA!

More than ten years after the passage of the Affordable Care Act, the ground-breaking healthcare reform is now, once again, under attack. A change in who sits on the Supreme Court could undermine access to healthcare for millions of Americans.

After the death of Justice Ruth Bader Ginsburg, a change on the Supreme Court could tip the balance of the nation's highest court to ultimately overturn former President Barack Obama's signature healthcare law -- in the middle of a pandemic. The Affordable Care Act (ACA) has survived numerous attacks, with one of the biggest in 2012, when the healthcare law was upheld by the Supreme Court.

As soon as this November, the ACA faces another challenge in front of the Supreme Court. The court accepted an appeal by 21 state attorneys general to decide whether the ACA should remain in place. Depending on how the Senate proceeds with President Trump's nominee to the Supreme Court, the Affordable Care Act might be gravely at risk this time around.

Life-saving healthcare for millions of Americans is on the line. At least 20 million Americans, and likely many more who sought coverage since the beginning of COVID-19, could immediately lose health coverage if they buy insurance through the ACA exchanges or its many provisions, such as Medicaid expansion. To make matters even worse, COVID-19 might be considered a pre-existing condition, which would put millions who have been infected at risk of exorbitant costs or denials of insurance if the healthcare law is revoked and pre-existing conditions are no longer protected.

We need to protect the healthcare of millions of Americans. Sign the petition now!