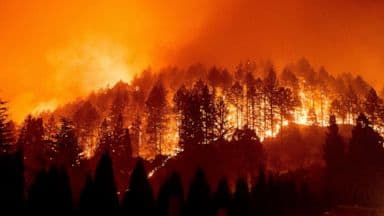 Vox Reports: Why we’re more confident than ever that climate change is driving disasters

While long-term global warming is not the direct "cause" of massive wildfires and hurricanes, it does impact how intense these events are and the frequency at which they occur. Scientists now have more certainty about this, thanks to a field known as extreme-event attribution.

Here, scientists construct models to evaluate the counterfactual of what would have happened in a certain event without climate change and compare it to observed results.

Scientists working in this field acknowledge that for phenomena as complicated as wildfires and hurricanes, there are many other factors at play. That includes natural variability from climate cycles like El Niño, as well as policy decisions like the suppression of naturally occurring wildfires and allowing forest fuel to accumulate.

We need to ensure that all Americans understand the consequences of climate change.