Your Daily Roundup for October 5th

The Latest on COVID-19 and the White House:

Early Friday morning, President Donald Trump announced that he and First Lady Melania Trump tested positive for COVID-19. Since then, there have been a whirlwind of developments, including the president’s trip to the hospital, three Republican Senators testing positive, several more White House aides and staff testing positive, and overall uncertainty about the president’s condition.

Trump’s team of doctors said on Sunday that the president could be released from Walter Reed as early as today. Outside medical experts questioned if that was the best course of action, given the doctors’ admission that Trump had been administered a variety of serious medications, including an experimental antibody cocktail and a strong steroid, Dexamethasone. The Future Majority team will continue to track the latest as COVID-19 takes hold of our leaders in the federal government.

COVID-19 is still sweeping the nation:

Though the media focus has been on President Trump’s condition, COVID-19 continues to race around the country, at levels we have not seen in several weeks. On Sunday, 55,000 Americans contracted the virus, the highest daily new case count since the middle of August. The spread of the virus is uneven based on geography. Now as we approach colder weather, less populous states, like North Dakota, South Dakota, Utah, and Wyoming, are all seeing record surges of the pandemic. Nine New York City neighborhoods have had to return to more stringent lockdowns as COVID-19 spreads rapidly in those places.

Post-debate shows the state of the race:

Public opinion polls are always a snapshot in time. Polls released over the weekend best reflect the post-debate but pre-Trump infection landscape in America. It remains to be seen how the news of Trump’s illness due to COVID-19 and hospitalization have impacted Americans’ views.

A new NBC News/Wall Street Journal poll, however, shows how voters are leaning after tens of millions tuned into the first presidential debate last Tuesday: 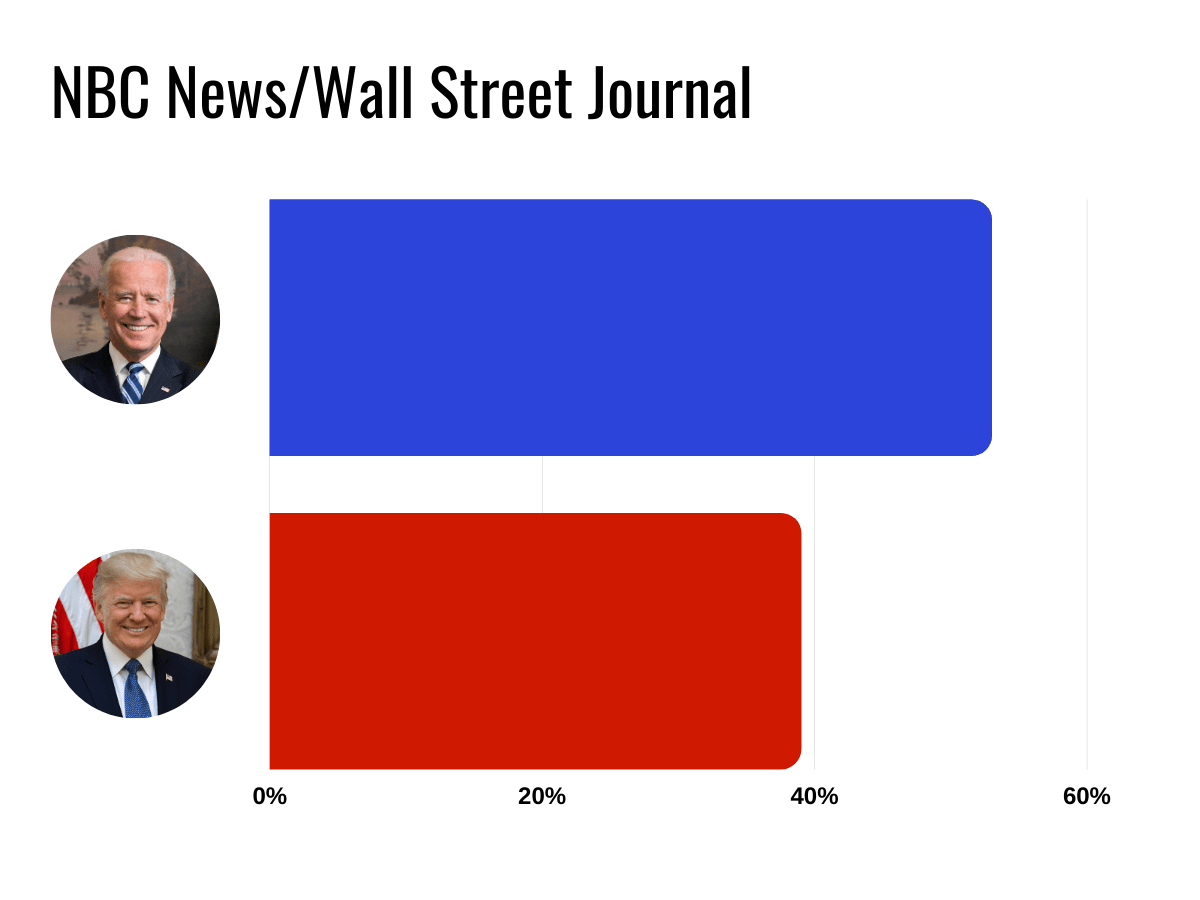 And in the key battleground state of Pennsylvania, CBS News/YouGov found the former Vice President leading Trump by 7 points: