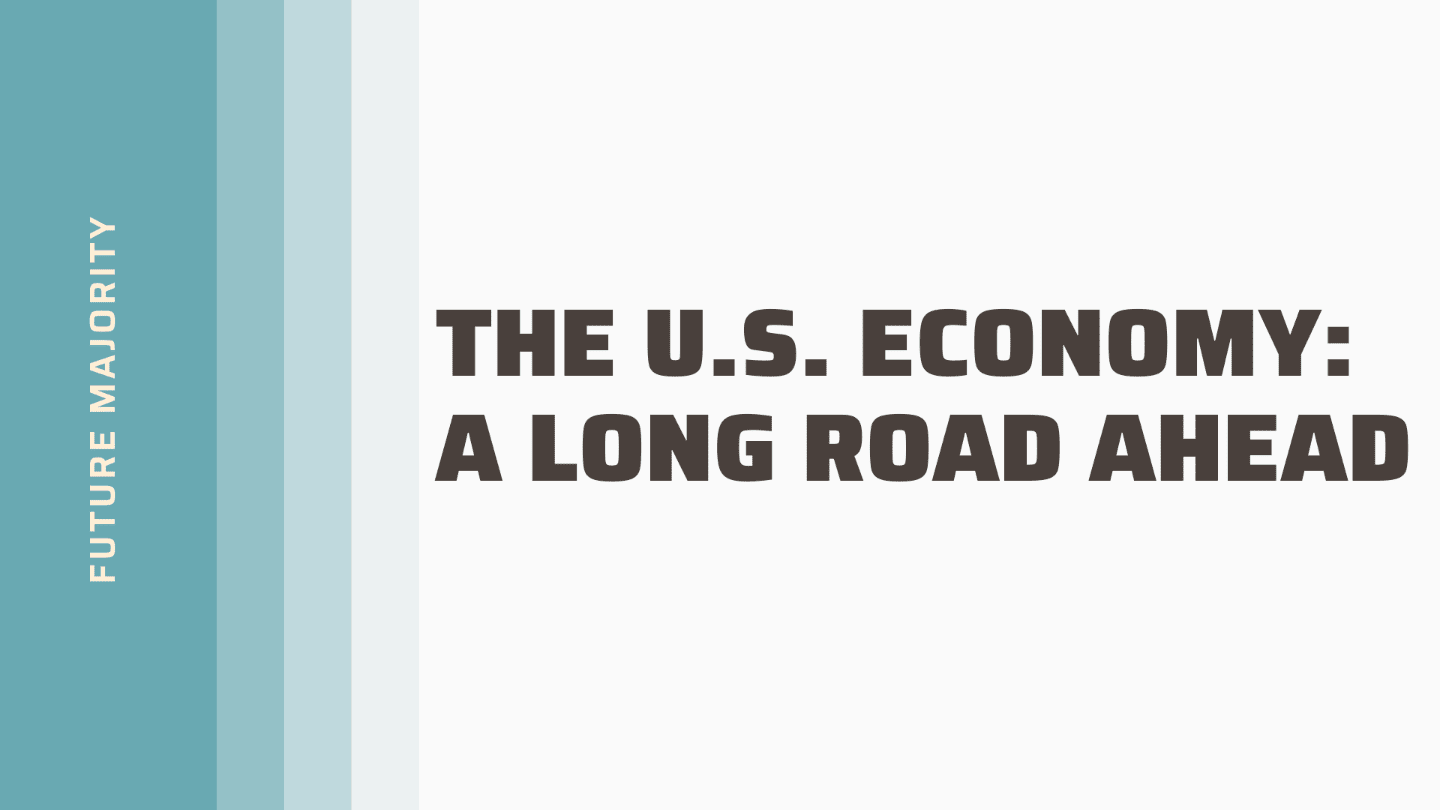 The U.S. economy still has a long way to go.

Contact your Senators now to pass the HEROES Act.

While some are looking at decreasing unemployment rates and the stock market as positive signs for an economic rebound, the U.S. economy still has a long way to go.

For the second quarter (April to June), the Commerce Department report stated that the U.S. GDP dropped at a rate of 31.4%. This is only a slight change from the estimated 31.7% from one month ago. While economists are expecting a bigger boom in the third quarter, we won't know the exact details until the government releases the GDP report on October 29th, just 5 days before the presidential election.

The unemployment rate has also improved slightly, but communities of color and women are falling behind. While the unemployment rate for white workers is 7%, it is 12.1% for Black workers, 8.9% for Asian workers, and 10.3% for Latinos. Moreover, while men have a 67.6% work participation rate (the lowest in history, outside of months earlier in the pandemic), women only have a 55.6% participation rate. This is the lowest it's been since the late 1980s.

Americans are still struggling to get by and need the HEROES Act to get this country back on track. Call your Senators now!