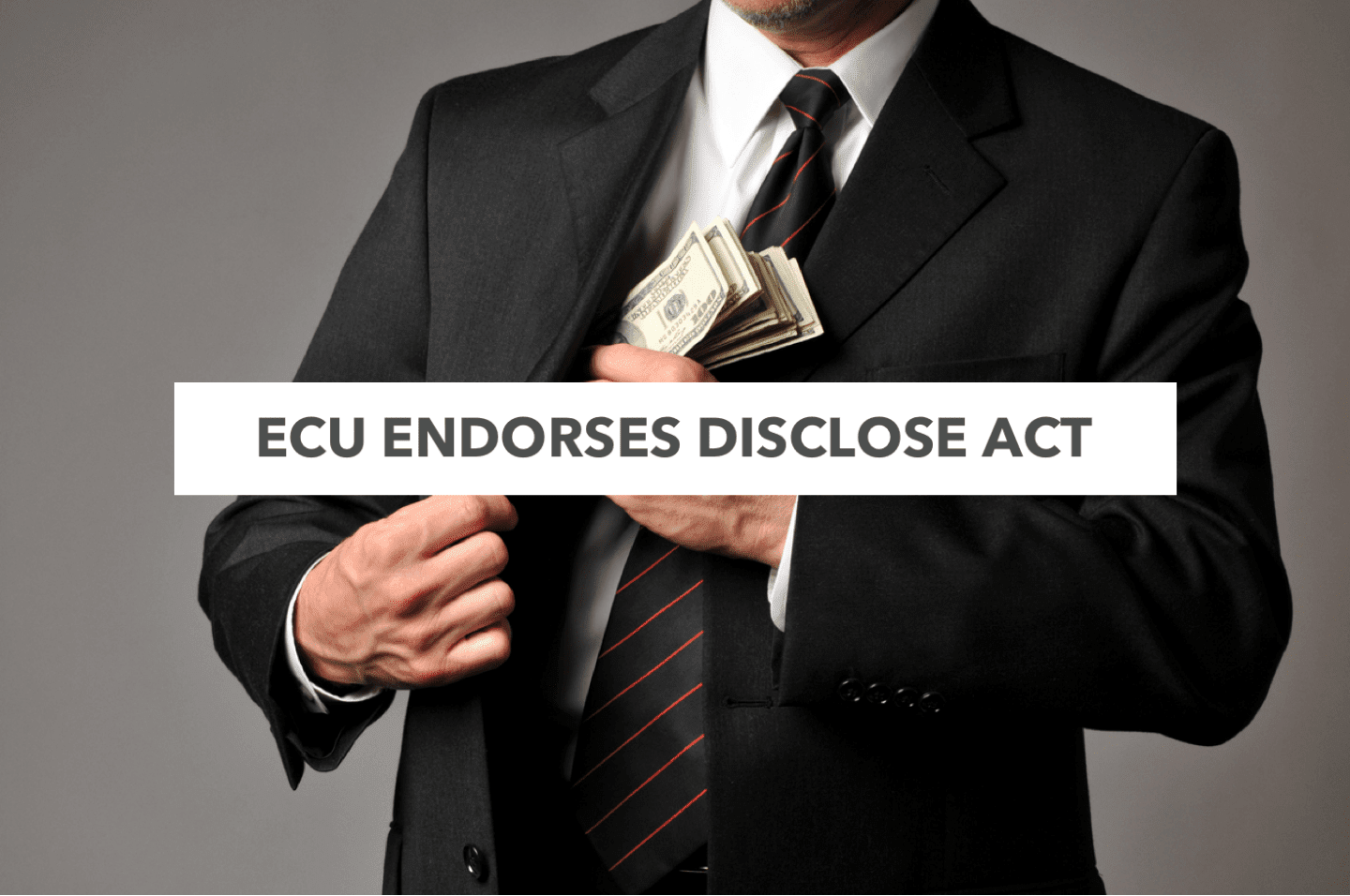 Vote to see how others feel about this issue

The DISCLOSE Act is supported by leading anti-corruption organizations all throughout the country. Read the press release below to learn more about why End Citizens United supports the legislation, and then let us know if you support it as well.

This press release was originally published by End Citizens United.

“It’s no secret that our campaign finance system is in shambles. It’s designed to give those who write the biggest checks, the biggest say – often in secret. There’s no transparency, and no accountability.

“The DISCLOSE Act will shine a light on dark money, close gaping loopholes that allow foreign money to seep into our elections, and curb the influence of special interests. Most importantly, it restores power to where it rightfully belongs — with the American people.

“The DISCLOSE Act is a no-brainer, and End Citizens United thanks Senator Whitehouse and Congressman Cicilline for reintroducing it. We’ll fight vigorously to help pass the bill.”

A summary of each provision in the 2018 DISCLOSE Act:

Stand by Your Ad:

Requires leaders of corporations, unions, and other organizations to identify that they are behind political ads.

This provision would repeal partisan poison pill riders designed to thwart potential campaign finance disclosure regulations. Specifically, the bill repeals riders that prevent: (i) the SEC from requiring public companies to disclose their political spending to shareholders; (ii) the IRS from issuing needed regulations on 501(c)(4) social welfare organizations; and (iii) the government from requiring federal contractors to disclose their political donations as part of the bidding process.

Prohibits domestic corporations with significant foreign ownership or control from spending money in U.S. elections. It also requires shell companies, which can be used to launder foreign money into elections, to disclose the owner’s identity to election officials and the public.

Requires organizations that spend money to influence elections – including super PACs and dark money groups – to disclose the identities of donors who have given $10,000 or more during an election cycle. It would also require an organization that spends $10,000 or more on political ads to file a disclosure report with the Federal Elections Commission (FEC) within 24 hours of purchasing the ads.