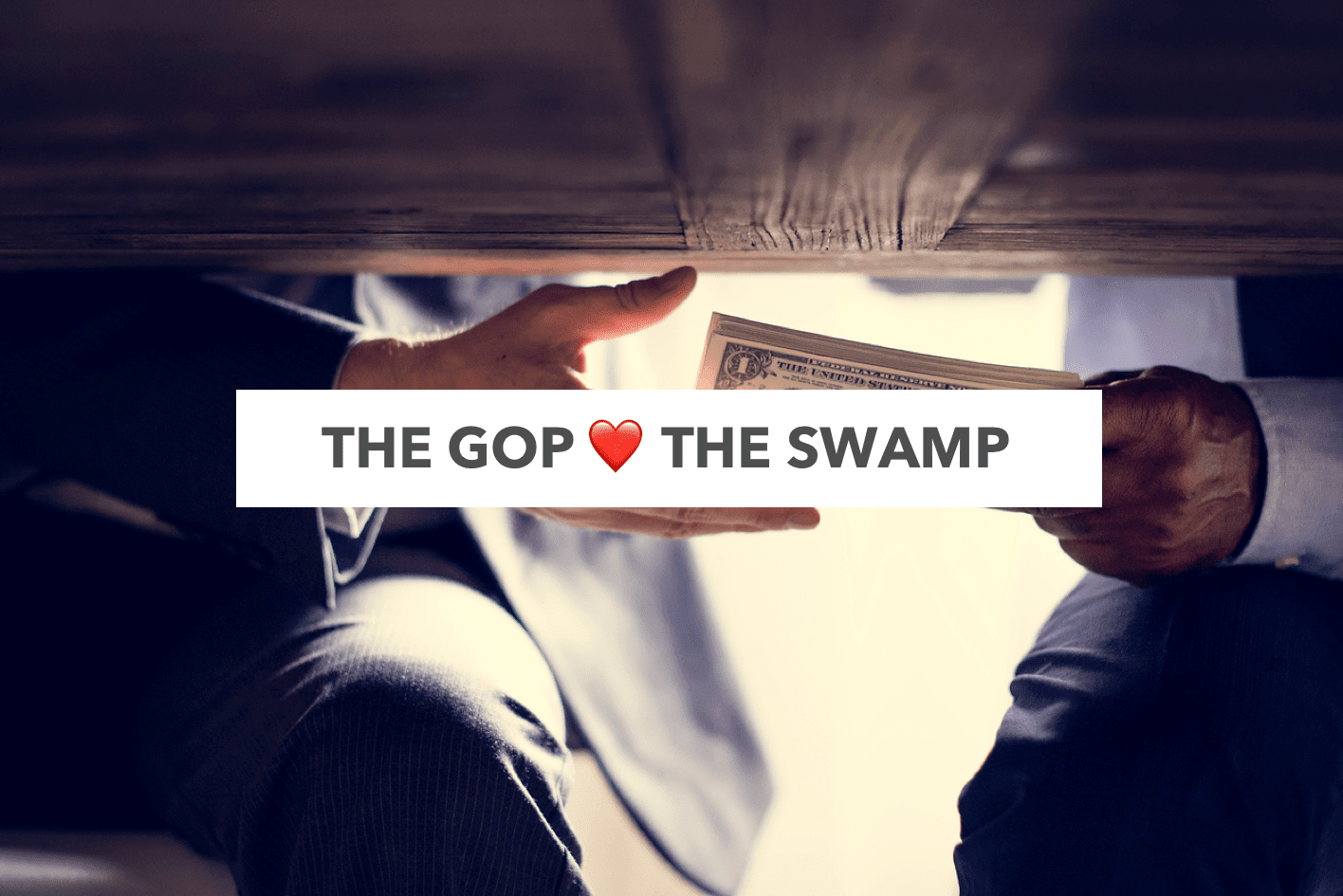 GOP ❤️ the Swamp. Which Is Why They Are Blocking Political Reform that Would Clean Up Washington.

Trump’s Washington is murkier and more corrupt than any in history. And people are fed up. Republicans have controlled both the House & Senate since Jan 2015 — and for nearly four years, they have blocked all efforts to reform our broken political system.

Tell Washington that you, too, are concerned about the growing culture of corruption in Washington that is eroding our democracy, destabilizing our institutions, and hurting working Americans.

This article was originally published in the Wall Street Journal.

A NEW WALL STREET JOURNAL/NBC NEWS POLL SHOWS an overwhelming majority of voters said corruption and malfeasance in the federal government was a top issue—and of those, more than half want Democrats to control Congress.

The September WSJ/NBC poll showed that 77% of surveyed registered voters said that “Reducing the influence of special interests and corruption in Washington” is either the most important or a very important issue facing the country. Only the economy rated higher. Of registered voters who said reducing corruption was an important issue, 51% want Democrats to control Congress, and 42% want Republicans to control Congress.

Read the full story written by Andrew Duehren, and add your voice by contacting your reps above. Tell Congress that you are voting in November to end the culture of corruption.