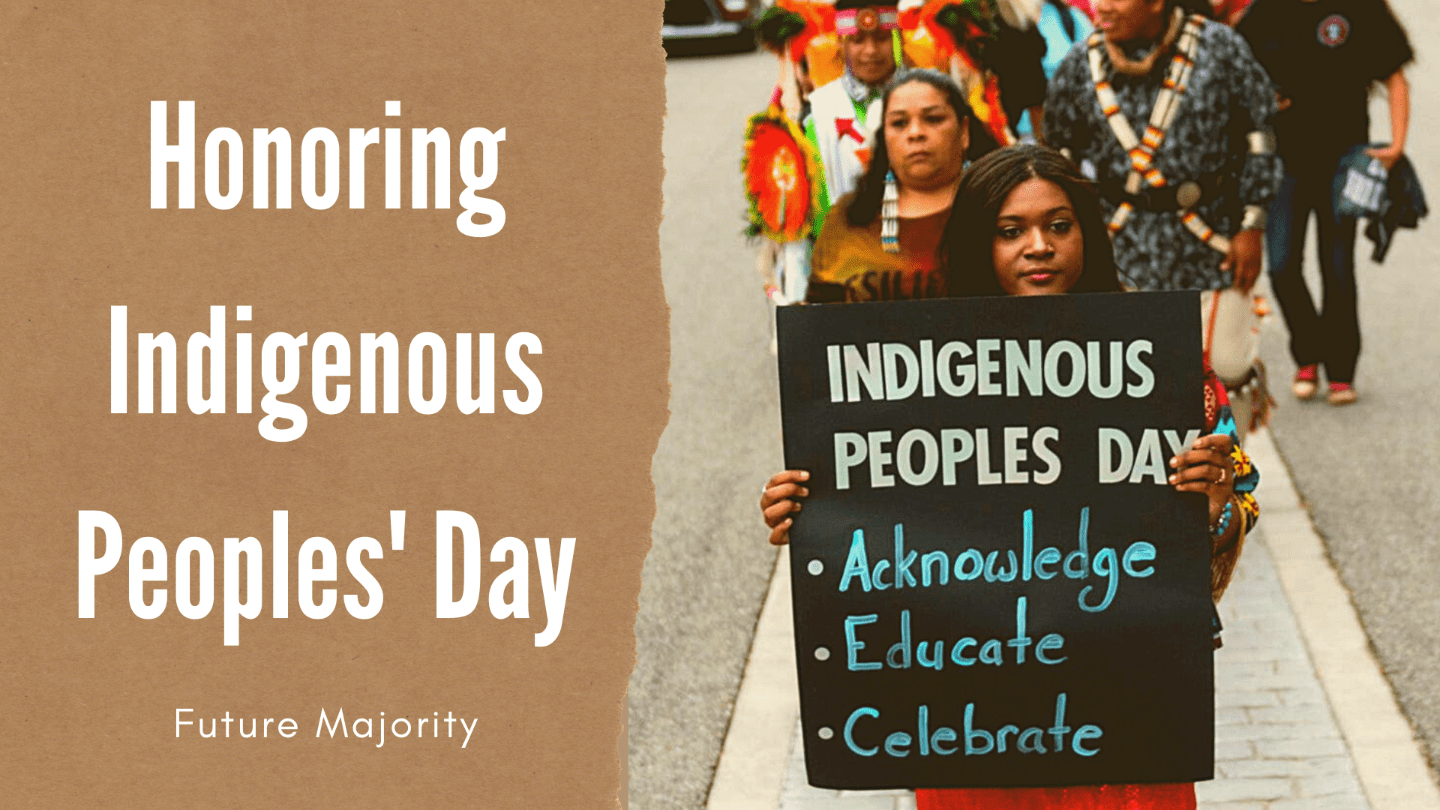 Join us in honoring Indigenous communities in the comments below.

Happy Indigenous Peoples' Day from our team at Future Majority!

Today we celebrate the contributions that Native Americans have made to this country's history, while also recognizing the persecution and discrimination these communities have faced.

While Columbus Day is a federal holiday meant to honor the supposed discovery of America, we cannot ignore the harm committed against Indigenous communities during the colonization in North America. Now, many states and organizations choose not to observe the federal holiday and instead dedicate this day to Indigenous Peoples.

In total, about 14 states and dozens of cities take this day to honor Indigenous history and culture. South Dakota was the first state to recognize the day in 1989, with the cities of Berkeley and Santa Cruz following.

Our team at Future Majority joins these states and cities in celebrating Indigenous Peoples' Day and honoring contributions Native Americans have contributed to our country!