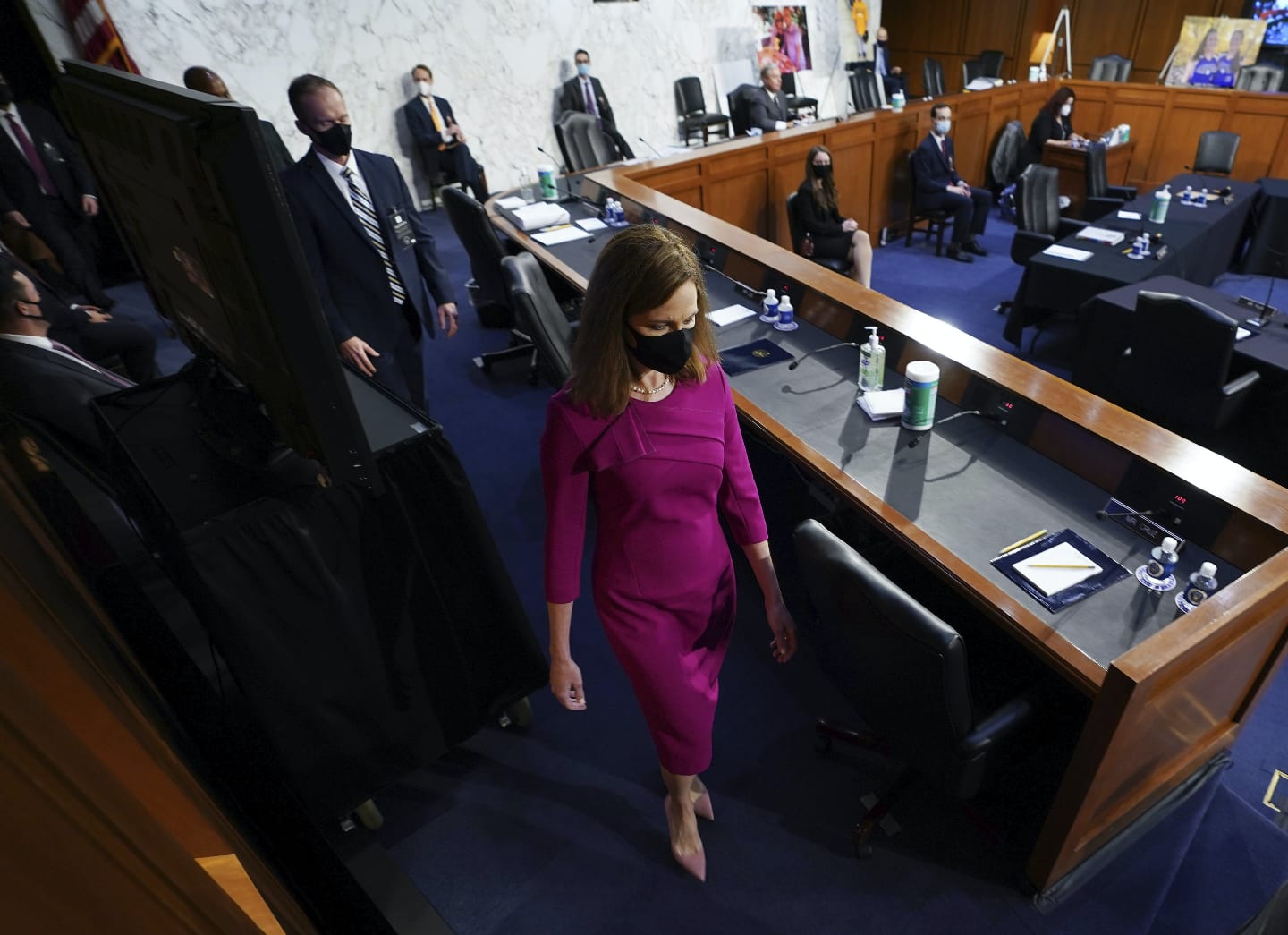 Do you support or oppose the confirmation hearings of ACB?

Monday marked the first day of Senate confirmation hearings for Judge Amy Coney Barrett to the United States Supreme Court. We are just three weeks away from the Presidential election and millions have already cast their ballots.

According to a Washington Post/ABC News poll, a majority of American voters oppose the Senate holding confirmation hearings for the SCOTUS nominee Amy Coney Barrett. The poll finds that 44% of registered voters believe the U.S. Senate should hold the confirmation hearings and vote on Barrett's nomination, while 53% say the winner of the presidential election should decide who is appointed to the SCOTUS seat.

In addition to the makeup of SCOTUS, views on abortion have also been in the spotlight as Judge Barrett's appointment could undermine Roe v. Wade. The same poll found that 81% of Democrats and 63% of independent voters believe the court should upload Roe. Republicans are divided, with 40% saying it should be upheld and 44% saying Roe should be overturned.

Back in 2019, a poll from the Kaiser Family Foundation found that about 6 in 10 Americans said abortion should be legal in either "all" or "some" cases.

Do you support or oppose the confirmation hearings of Judge Barrett? Let us know in the poll.