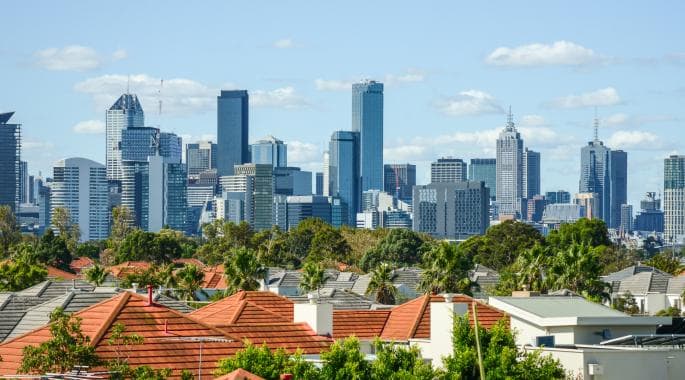 The economic divide between local economies continues to grow.

After 10 years of economic expansion, the gap between prosperous areas in the US and "distressed" zip codes continues to grow. Lower socio-economic areas are now shedding jobs and businesses.

New analysis from the Economic Innovation Group studying economic patterns across roughly 25,000 zip codes showed that from 2000 through 2018, already prosperous areas pulled further ahead, capturing disproportionate shares of the jobs created and the new businesses that were formed.

For 5,000 "distressed" zip codes, they continued to fall further behind, with jobs declining even deep into the recovery.

Economists analyzing the U.S. path to recovery are worried that inside national measures of economic growth lie deepening divisions between industries and people as some sectors recover fast, while employment in the leisure and hospitality industry, for example, remains 20% below where it was in February.

By contrast, in prosperous zip codes, only 13% of employed adults were in service jobs, while half were in management or professional occupations, a group of jobs considered more adaptable to work-from-home arrangements.

Data shows that the number of Americans living in distressed areas remains at around 50 million, unchanged from 2000. Moreover, Black and Hispanic Americans were disproportionately represented in this group. About 56% of Blacks and 45% of Hispanics lived in economically distressed areas.