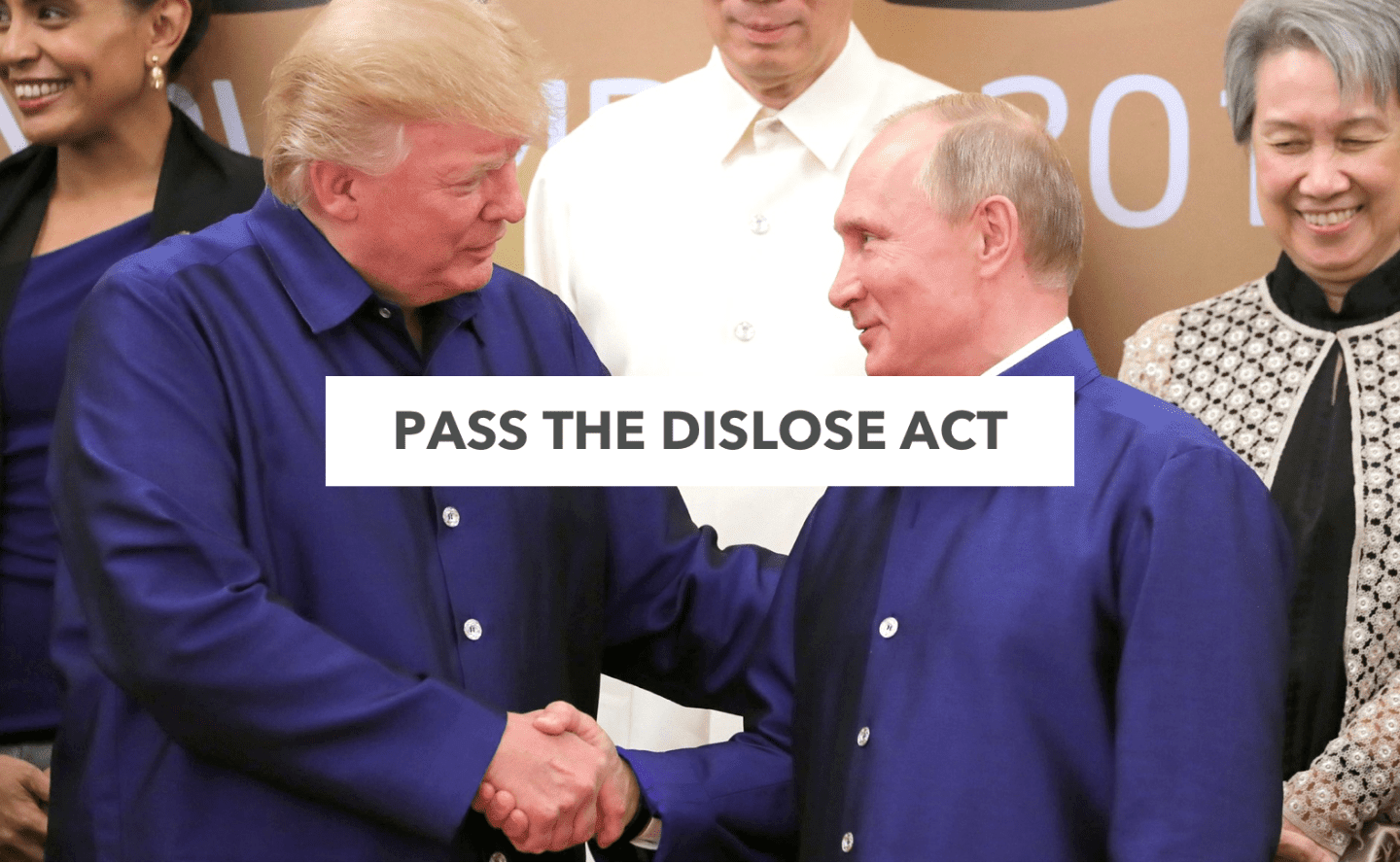 Corruption Junction: Republicans Have Killed the DISCLOSE Act for Years. Stand with Future Majority & Demand that Congress Pass It.

Republicans have killed the DISCLOSE Act for years. In fact, they’ve made a sport of killing any opportunity to clean up the swamp.

Now it's time to stand up, demand that Congress pass the DISCLOSE Act, and quit hiding behind wealthy donors. Take action above to tell your lawmakers to vote for the DISCLOSE Act.

Since the Citizens United decision, our elections have been flooded by special interest dark money. Worse yet, our lack of disclosure laws creates a huge loophole for Russia and other foreign governments to launder money into our elections in secret.

Stand by Your Ad Provision:

o The disclosure report must include the sources of all donations of $10,000 or more that the organization received during that election cycle.

o Restricted donations: A donor may prohibit the organization from using a donation for political purposes, in which case that donation does not need to be disclosed.