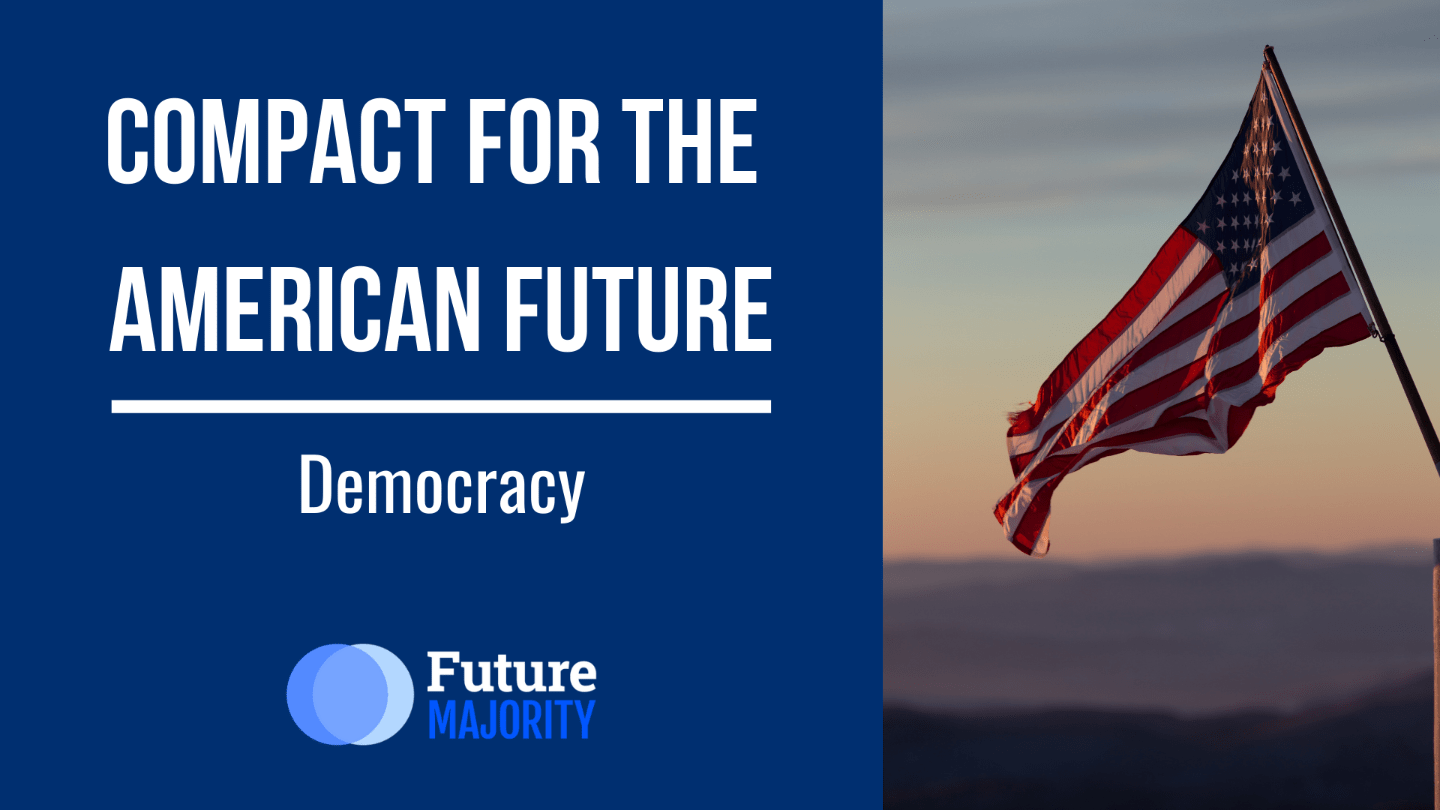 These days, corruption and America’s government are verging on synonymous. Over the past several years, Americans have been the subject of racially and politically motivated voter suppression, outsized influence of corporate special interest in our elections, and a lack of integrity in our government.

The good news? There is an overwhelming mandate for cleaning up corruption in Washington, D.C. A Future Majority poll in key swing states found that 98% of voters are very concerned with corruption influencing decisions made in D.C., but similar majorities strongly support passing anti-corruption legislation to clean up corruption and reduce the influence of money in politics.

In our final memo of the Compact for the American Future series, we lay out a set of recommendations to expand on the key advancements made on strengthening our democracy through H.R. 1.