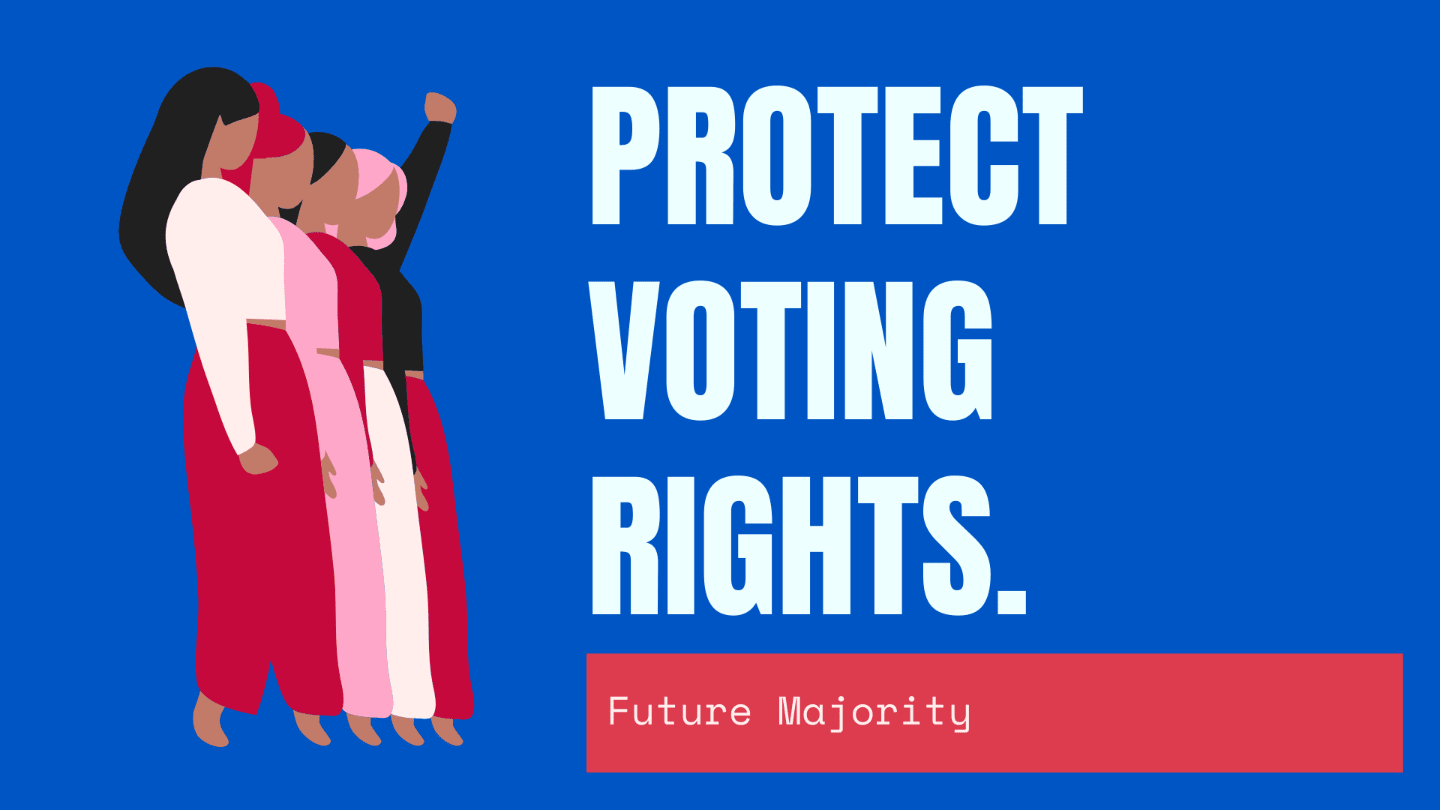 We need to strengthen voting rights!

There is no more important act one can take in America's democracy than exercising the right to vote. With only 13 days until the most consequential election of our lifetimes, it is imperative that we strengthen voting rights and protect democracy.

Our voting system is in many ways broken. Black Americans, young voters, and other voters of color have been targeted with efforts to undermine their right to vote. Between limiting ballot boxes and long poll lines, there are intentional obstacles put in place to deny Americans' their voice. Recent actions in Texas are a prime example of this, where the Governor attempted to limit ballot drop boxes to one per county, even in locations that are densely populated.

We should be making it easier to participate in democracy, not more difficult.

We need to protect the right to vote, which can restore the public's trust in our government and make our democracy work for all Americans.

Here's where we can start:

American democracy is depending on you. Sign the petition now!

To read more about defending democracy in the U.S., check out our recent memo.