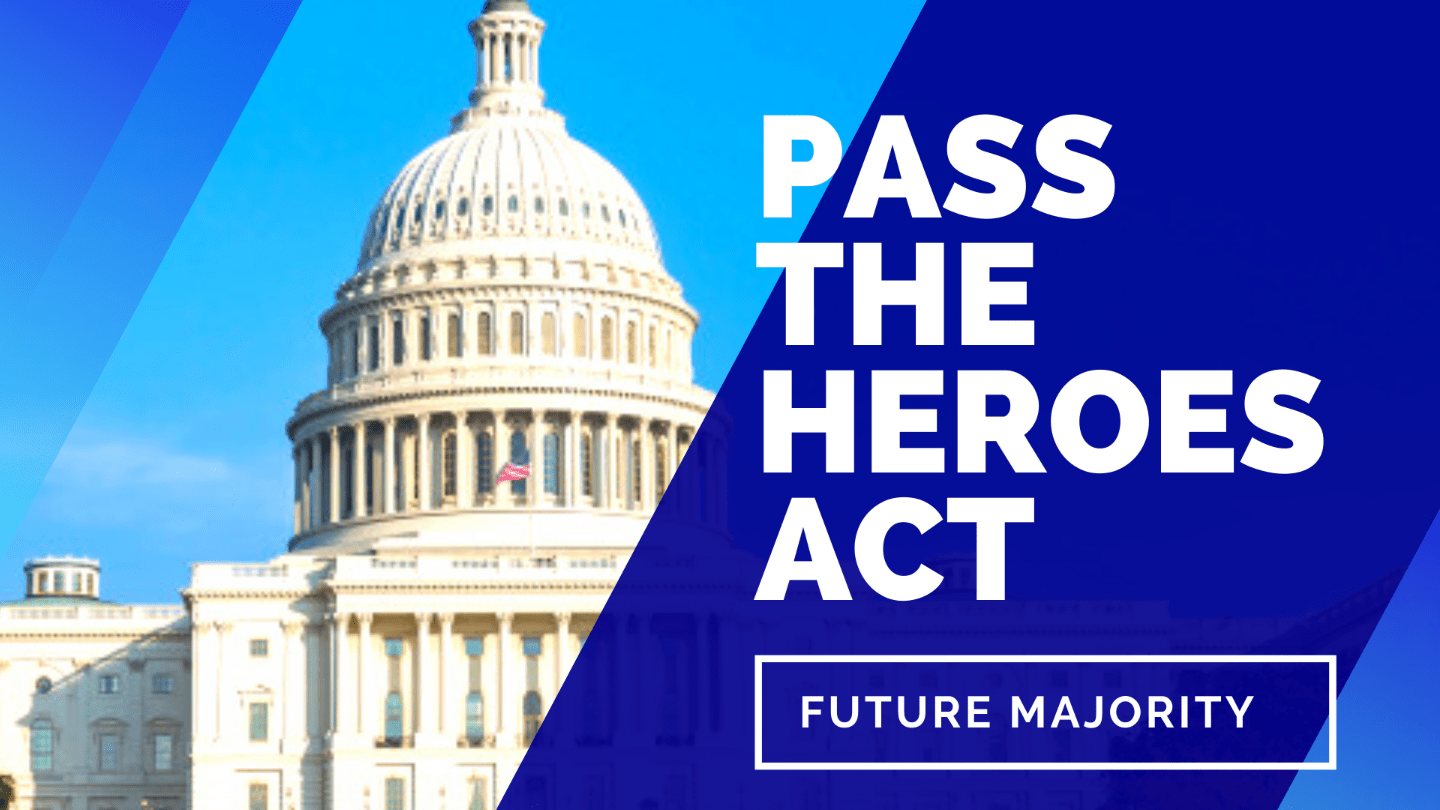 Contact your Senators now to pass the HEROES Act

The pandemic has overhauled the U.S. workforce and too many Americans are shouldering the burden. Where do we go from here?

According to a Real-Time Population survey, just two-thirds of Americans were working for the same employer in September as they were in February. The rest either found new jobs or are now unemployed.

Unemployment isn't the only thing stunting the economy. Incomes have continued to drop, as many workers have been forced to transition to lower-paying jobs or have had their wages cut. In other words, more than 25% of workers earned less in the month of September than they did in February of this year.

Meanwhile, negotiations for economic relief have still not reached a deal -- over five months since the HEROES Act passed the House. The Senate refuses to even hold a vote on the HEROES Act as Americans across the country are in desperate need of support. We deserve better.

If we want to revamp our economy, send Americans back to work, and keep businesses afloat, we need to pass the HEROES Act. Contact your Senators now!