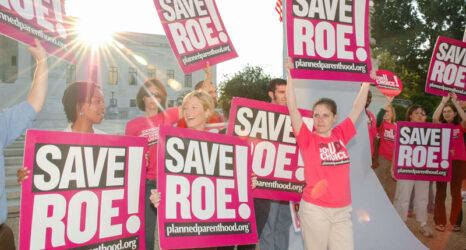 Abortion is on the Ballot in Louisiana & Colorado

HuffPost Reports: Extreme Abortion Restrictions Are On The Ballot In Louisiana And Colorado

Voters in Louisiana and Colorado are putting their votes to work this November. There are two extreme anti-abortion measures on the ballot that could have disastrous impacts on people that want an abortion or reproductive healthcare.

Both ballot initiatives use intentionally vague language to mislead voters, abortion rights activists in each state told HuffPost. Colorado’s measure, for example, suggests there could be exceptions to protect the health of the mother, but in reality this would apply only in the most extreme circumstances such as if a woman were dying during childbirth. The exception does not include health risks that could become exacerbated during pregnancy and later become life-threatening.

Both measures could pass and if they are approved, it would bolster the power of anti-abortion activists and politicians.

There are currently over a dozen abortion cases at the federal circuit courts, one step away from heading to the Supreme Court. If Roe v. Wade, the landmark ruling that protects abortion care, is overturned, it would be extremely difficult to challenge state abortion restrictions in federal court.

We need to protect the freedom to choose, now more than ever.