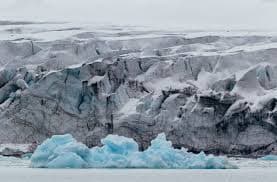 ICYMI: 2020 Could Be The Warmest Year On Record

The World Economic Forum Reports: 2020 is on course to be the warmest year on record

2020 is on the pathway towards becoming the warmest year on record. This is groundbreaking considering there was not a major El Niño weather event, which typically contributed to most prior record warm years.

However, with three months remaining, there is still some uncertainty. There is a chance that a growing La Niña in the tropical Pacific may drive cooler temperatures leading to a second-place finish – at least in some of the global temperature records produced by different groups of researchers around the world.

During the first 9 months of 2020, there were record high concentrations of major greenhouse gases in the atmosphere.

While climate records are a useful benchmark to highlight the warming of the planet, the change in temperatures, sea ice and other climate factors over time are much more important than if any single year sets a new record.

There has been a clear warming trend over the past 50 years, along with hints in some datasets of potential acceleration in recent years. Similarly, both sea ice extent and volume are clearly declining over time.

Our earth is warming at an alarming rate and our government has yet to take extensive climate action.