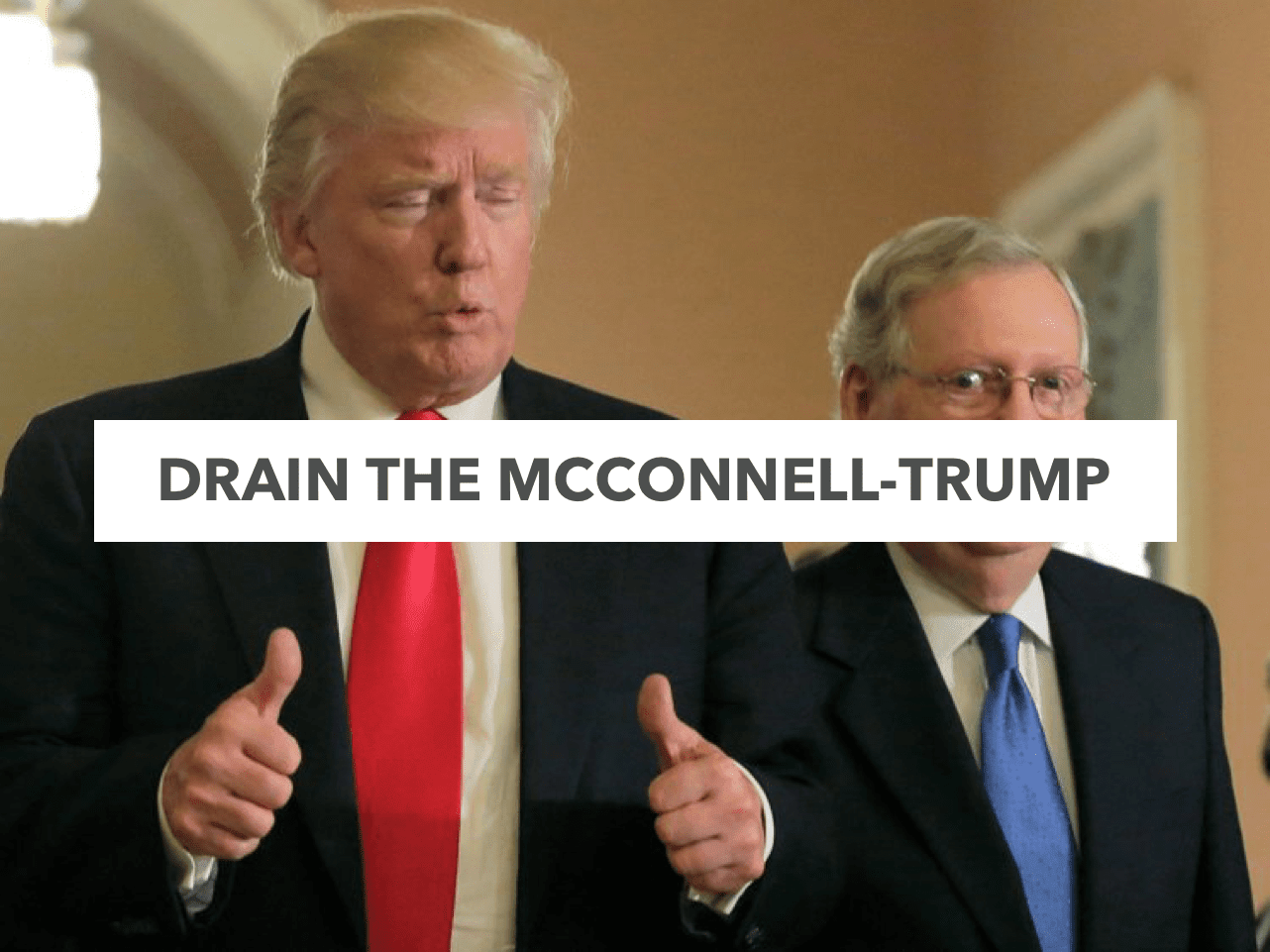 House Democrats Are Prioritizing Anti-Corruption. Does This Resonate With You Too?

Democrats want to end the culture of corruption in Trump and McConnell’s Washington that threatens our Democracy. Learn more about Democratic efforts to combat the rampant corruption in DC and tell your representatives that you demand reform now.

This article was originally published by Vox.

If Democrats win back the House in 2018, a consensus is emerging on what they need to do first: Pass a sweeping anti-corruption bill.

One specific legislative package has emerged, largely crafted and sponsored by the chair of the Democracy Reform Task Force, Rep. John Sarbanes (D-MD). The agenda — recently formalized by a House resolution — is designed to rein in the influence of money and lobbying in Washington, expand voting rights in the United States, and increase public financing of campaigns. Democrats are prepping a final version of a bill to be ready to go if they are in charge by January 2019.

“I think it needs to be [first], and I’m sure it will be a top priority of ours,” said Rep. Elijah Cummings (D-MD), the ranking member of the House Committee on Oversight and Government Reform. “I’m hoping that it’s the first or second bill this fall. It’s just that important.”

Anti-corruption messages are always politically popular, but the idea has taken on a new urgency in the age of Trump. It now has support from ranking members of key committees, as well as current Democratic leadership in the House. And the party’s base — eager for congressional Democrats to take on Trump — is clamoring for substantial reform.

“We’ve already committed that will be one of the first things we address,” said Drew Hammill, spokesman for Minority Leader Nancy Pelosi.

The issue has only become more salient as two House Republicans — Reps. Chris Collins (R-NY) and Duncan Hunter (R-CA) — have been indicted on insider trading and campaign fraud, respectively.

How anti-corruption became a big issue for House Democrats

The anti-corruption reform effort is nothing new for Sarbanes, who stopped accepting PAC money seven years ago and once joined a frigid walk in zero-degree weather across part of New Hampshire to commemorate Doris “Granny D” Haddock, the late activist who trekked across the entire nation for campaign finance reform.

Anti-corruption messaging also isn’t new for Democrats as a whole. As Pelosi likes to remind reporters, “drain the swamp” was originally a Democratic catchphrase. She accurately points out that House Democrats swept into the majority in 2006 on an anti-corruption message, bolstered by a series of dramatic House GOP scandals that culminated in the resignation of former Rep. Mark Foley (R-FL), who had been texting teenage congressional pages asking for explicit photos.

“Instead of draining the swamp, which is a phrase we used in ’06 … Republicans have turned Washington into a cesspool,” Pelosi told reporters last week.

The influence of lobbying and money has been entrenched for years on both sides of the aisle, but Republicans especially have been facing the consequences lately. Vox’s Tara Golshan and Dylan Scott recently noted a total of four House Republicans are currently embroiled in corruption scandals — and with blue-wave midterm enthusiasm gripping the nation, Republicans need every House seat they can hold.

Sarbanes says his party needs to undergo a serious reckoning of its own.

“Walk the walk, and we’ve got to walk it quick,” Sarbanes told Vox in a recent interview. “A lot of [voters] don’t believe it can happen because the system is rigged. That’s why when you come with a plan for that, too, it sort of caffeinates everything else. It makes them feel like, okay now you’re talking.”

“It’s not until you come here and begin to serve that you understand how woven it is into the fabric of how Washington operates,” Sarbanes continued. The congressman compared his own refusal of PAC money to putting on “night-vision goggles that have you then see how money flows everywhere here.”

House Democrats’ reform agenda is broad: cracking down on lobbying, and expanding voting rights across the nation. Among the more dramatic reforms Sarbanes would like to implement is a proposal for public financing of campaigns. Under Sarbanes’ vision, the federal government would provide a voluntary 6-1 match for every small donation to candidates who have agreed to forgo PAC money.

“If you give $100 to a candidate that’s meeting those requirements, then that candidate would get another $600 coming in behind them,” he said. “The evidence and the modeling is that most candidates can do as well or better in terms of the dollars they raise if they step into this new system.”

“When you offer some of these other reforms to people, they’re like, ‘yeah, yeah, yeah,’” Sarbanes said. “But they view it as sort of nibbling around the margins, and in a sense maybe more easily evaded. Whereas the public financing is bold enough that it’s that power move they’re looking for.”

Sarbanes and other Democrats like Sen. Elizabeth Warren (D-MA) frequently make the case for cleaning up Washington’s act by pointing to polling showing that Americans’ faith in government is at an all-time low.

Last month, Warren introduced the Anti-Corruption and Public Integrity Act, a bill that would introduce a lifetime lobbying ban on the president, vice president, Cabinet members, and congressional lawmakers. It would also force all presidential candidates to disclose multiple years of tax returns and institute several other steep reforms.

Sarbanes and Sen. Michael Bennet (D-CO) recently introduced an anti-lobbying bill of their own, called the Curtailing Lobbyists and Empowering Americans for a New Politics Act (or the CLEAN Politics Act). It closes lobbying loopholes and cuts down on campaign contributions from lobbyists to politicians, but it doesn’t go as far as Warren’s bill.

To be sure, these proposals have a long road ahead of them. House Democrats only get a chance to pass this legislation if they win the 2018 midterms — and the road to retaking the Senate is even tougher. The bill has a high risk of becoming a “message” bill, and a bare majority, with just a few seats, makes that message an even tougher sell. But some Democrats are optimistic that they can get these bills to pass with support from moderate Republicans.

“We’ve got to look at what’s doable,” said Rep. Cheri Bustos (D-IL), “policies where we can win folks in the middle.”

Sarbanes acknowledges that not every part of the bill is palatable to the whole caucus.

“I’m not naive; people are so far gone in their view of this place,” Sarbanes said. But Pelosi’s staff noted the anti-corruption issue sprang from members, not from leadership, which means it might have real momentum. And what could be a better message to set up Democrats going into 2020?

“The president is a guy who calls truth lies and lies truth,” Cummings told Vox. “We’ve got to show what he is doing to take the foundation out of our democracy.”

“If we can get something on the floor and pass it, it will be a very important message that the Democrats are for real.”