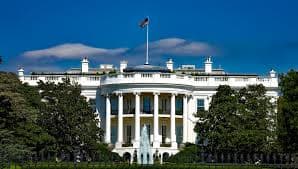 Sign the petition now for a safe and effective transition between presidencies.

On Wednesday, January 20, 2021, Joe Biden will be sworn into office as the 46th President of the U.S. President-Elect Biden has put together his transition team and is ready to lead the country through the pandemic. Here's why a smooth transition matters.

Despite the false claims, Joe Biden will be the next President of the U.S. He won not only the electoral college but also the popular vote, securing his seat in the White House and honoring the will of the American people. Biden has already named his transition team, outlined his policy agenda, and formed a COVID-19 advisory board. But why is a transition between presidencies important?

A peaceful transition of power is the ultimate expression of the rule of law and the will of the American people. This is more important than ever before, as the pandemic sweeps across the nation, taking thousands of lives. This tradition has been in place since our first President, George Washington, voluntarily gave up the Presidency and has been upheld by every President since. Refusing to participate in a peaceful transition undermines the foundations of American democracy.

The current administration has undermined this tradition and the will of the American people. The Secretary of State has stated that there will be “a smooth transition to a second Trump administration." Moreover, the President's Attorney General has authorized investigations into voter fraud and has refused to give Biden's team access to transition offices.

Dr. Anthony Fauci has already warned that a delay in the transition process could slow down the vaccine process for COVID-19. We are in the middle of a pandemic and the last thing Americans need is another attack on democracy.

Sign the petition now or a safe and effective transition between presidencies.