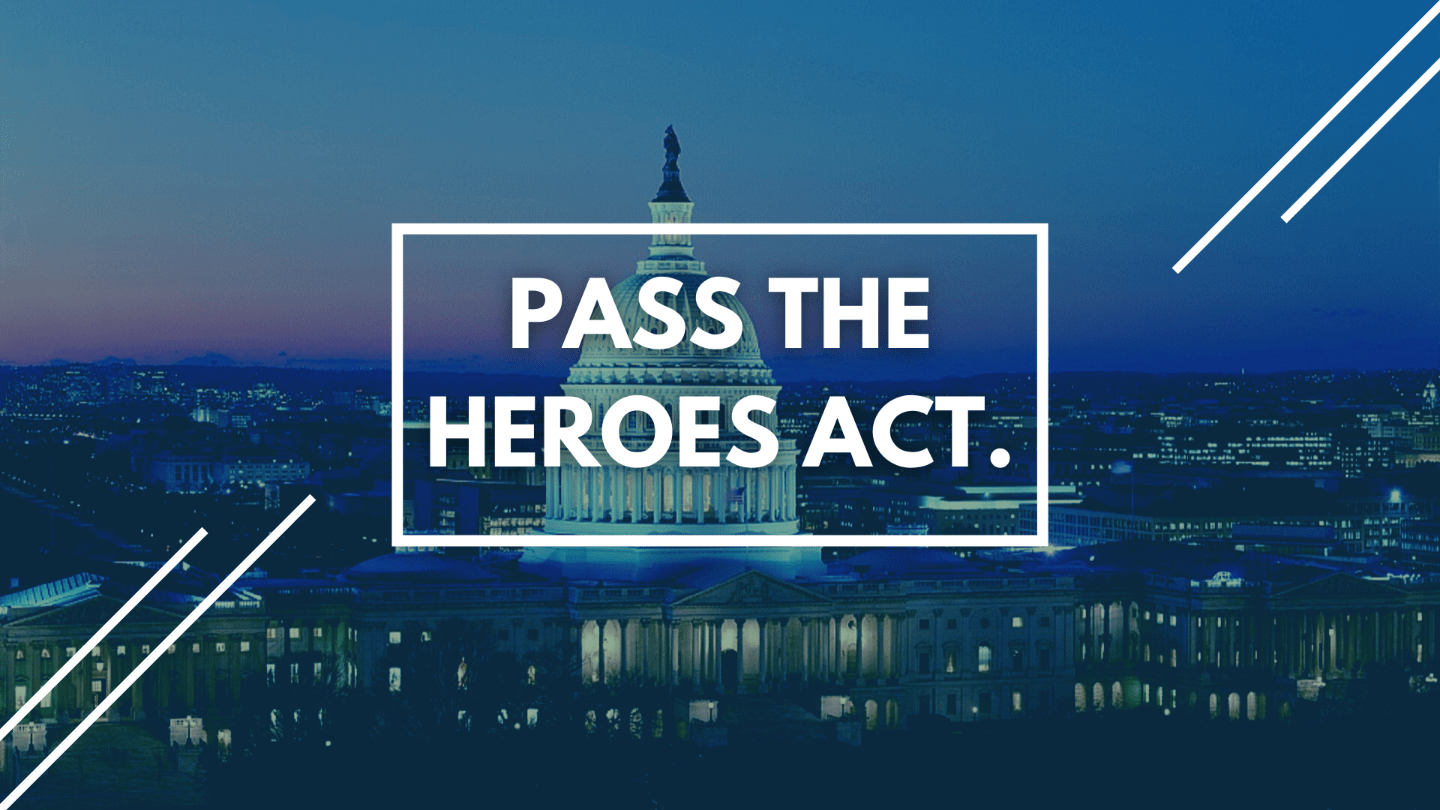 For Millions of Americans, Economic Well-Being is on the Brink of Disaster

Contact your Senators now to pass the HEROES Act!

The pandemic is in its worst stretch yet and while the federal government helped many Americans with the CARES Act in March, those benefits will soon be gone. What does that mean for struggling families?

On January 1, 2021, two major programs that Congress passed this year to expand and enhance unemployment benefits will come to an end. As a result, millions of people will be left without benefits, unless lawmakers can strike a new economic relief deal before the end of the year.

Without benefits, the economic well-being of millions of Americans, including the over 12 million who have been unemployed long-term, will falter. Lack of benefits raises the risk of missed payments on mortgages or auto loans, evictions, and ultimately will push many into poverty. All of which would be disastrous for families and our economy. The economic travesty is only compounded by the surge in cases, hospitalizations and deaths.

We cannot allow more Americans to fall through the cracks. Our government needs to act fast to pass the HEROES Act to get our country back on track.

Call your Senators now and tell them to pass the HEROES Act now!